Kentucky’s losing streak against Florida is 4th longest in nation

LEXINGTON Kentucky hasn’t beaten Florida in more than three decades. It’s a losing streak that has featured several close calls in the past 31 years including a 28-27 setback last year at Kroger Field. Despite the skid — the fourth longest in the nation — Kentucky coach Mark Stoops isn’t looking back on his previous five encounters against the Gators, […]

The Letcher County Central High School girls’ volleyball team headed into action this week with a record of 15 wins against only two losses on the season. The Lady Cougars won three straight 3-set-to-0 matches last week over Betsy Layne (Aug. 30), Pike County Central (Aug. 28), and Wolfe County (Aug. 27). The team’s only two losses — both in […]

Bluegill are a fish of summertime for sure. These little fish love the warm season of the year and will stay active until early winter on most lakes. During the warm parts of the year you can find bluegill all over most lakes and at nearly every depth. They will use deeper cooler water and cover and some will hang […]

Cougars on road this week to battle strong Union team

Letcher County Central’s already strong football schedule doesn’t get any easier this Friday night when the Cougars travel to Big Stone Gap, Va., to take on the Union High School Bears. Letcher Central, which fell to 0-3 on the season after losing to undefeated Hazard, 43-14, in a rain-delayed game at Ermine, now must travel to face the 2-0 Bears, […] 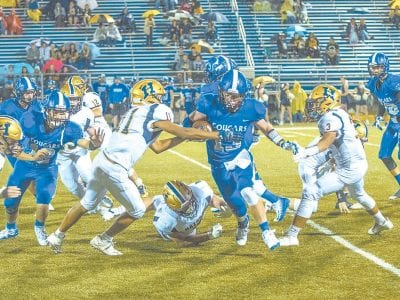 It was obvious at Kentucky’s Media Day that coach Mark Stoops was visibly upset when he announced that offensive line coach John Schlarman was dealing with a “serious” medical issue. Stoops didn’t disclose with the problem was, but an educated guess was cancer based on the coach’s reaction and that Schlarman at the time was still working. Finally last week […]

A Seco man was being held under a $100,000 cash bond in the Letcher County Jail this week after he was arraigned on three counts of first-degree assault and eight other charges, including driving under the influence, after an auto crash on U.S. 119, near the Kentucky-Virginia state line. Letcher District Judge Kevin Mullins on Tuesday set the bond for […]

Volunteer fire departments serving Letcher County’s rural areas may soon ask residents they serve to pay annual subscription fees for fire protection. Those who choose not to pay the fees would be “billed for services rendered” if firefighters respond to an alarm at their home. In a statement appearing in this week’s edition of The Mountain Eagle, the rural fire […] 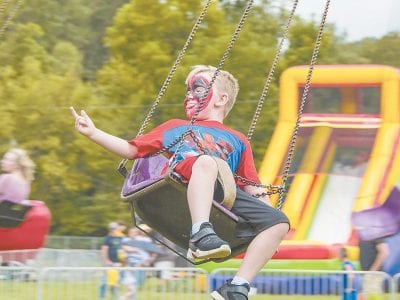 The Jenkins Independent Schools Board of Education held a rare holiday meeting on Labor Day that featured one member attending by videoconference and included setting tax rates and welcoming several new personnel. After being forced to cancel its regular scheduled August 27 meeting because of technology issues, the board set new tax rates at its meeting that featured a rare […] 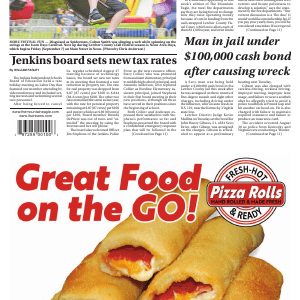 Letcher County Central’s boys’ and girls’ soccer teams stumbled slightly for the first time this season last week after both teams opened the year in strong fashion. The boys’ soccer team stands at 3-1-1 on the season after defeating Shelby Valley, 6 to 3 on Aug. 27, tying Belfry 1 to 1 on Aug. 28, and falling to Oneida Baptist […]