Three women are named in separate indictments by the Letcher County Grand Jury charging each of them with first-degree criminal complicity to unlawful imprisonment and second-degree criminal complicity to assault. The crimes allegedly occurred inside the Letcher County Jail, where the three women and the alleged victim were being held in connection with other criminal cases. Brittany Lasean Looney, 30, […] 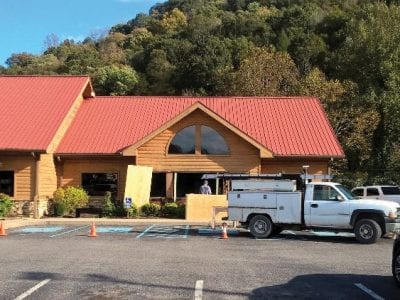 A SLIP OF THE FOOT

– Workers prepared to close a hole in the wall of Pine Mountain Grill after a car rammed into the side of the building on Monday. Police said an elderly man was attempting to park in a handicapped spot when he hit the gas pedal instead of the brake and jumped the curb. Neither the man nor his wife, who […]

Plenty of candidates on ballot for smallest office in the county

The election is less than two weeks away and offices large and small are on the ballot. The smallest office of all might be county constable. Constable is one of four offices specifically set out in the state’s 1890 Constitution as peace officers. The others are sheriff, jailer and coroner. In practice, jailers rarely make arrests other than inmates who […]

State and local officials say construction should begin next spring on a $5.5-million project to expand Letcher County’s water service to the site of the proposed federal prison at Roxana. The project will also bring new water service to an additional 200 homes in the area between Roxana and Blackey, Letcher County Judge/ Executive Jim Ward said after meeting in […] 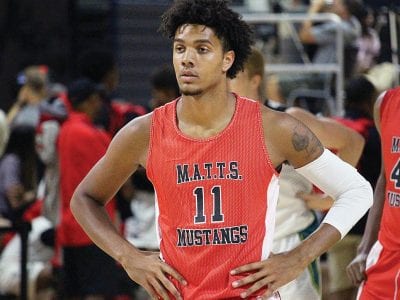 How does Kentucky stand with bowl officials with five regularseason games remaining? The Cats are 6-1 after last week’s win over Vanderbilt with road games left at Missouri, Tennessee and Louisville along with home games against Georgia and Middle Tennessee. One bowl official — who can’t be identified because of bowl regulations — says Kentucky is a wanted team by […]

I finally slept in my own bed last night — the first time in forever. This black bear hunting is killing me this time around! Traveling from one bear state to the other not only puts on the miles, but is wearing thin on this old body. I just returned from hunting the Blue Ridge Mountains, and it was some […] 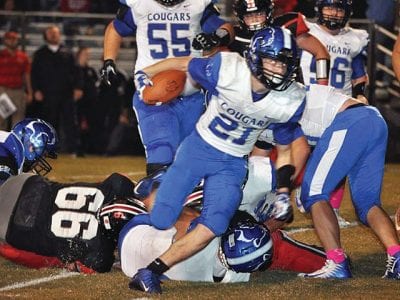 The Letcher County Central Cougars scored a miraculous come-from-behind, 21 to 20 victory at district foe Whitley County to insure themselves of home field advantage when post-season play begins. Trailing 20-0 in the first quarter the LCC defense stiffened and didn’t allow a score the rest of the game. The win improved the Cougars’ record to 4-5 but more importantly […]