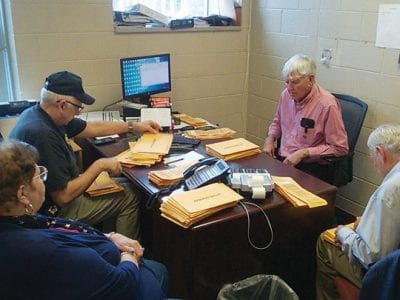 Jenkins officials vow to get tough with noisy, fast ATV’s

Mayor Todd Depriest told the Jenkins City Council this week that it is time to take action on problems being caused in the city by allterrain vehicles. At the council’s November meeting Monday night, Depriest said he is happy to have ATV riders visit the city and take advantage of its trailhead access and buy supplies, but that riders must […]

January 1, Letcher County will have an entirely new fiscal court and nearly an entirely new courthouse. There will be a new judge/executive, five new magistrates, a new property valuation administrator (PVA), a new circuit clerk, and a new sheriff. Only the circuit and district judges, the county surveyor, county attorney, coroner, commonwealth’s attorney and the county clerk will remain. […]

A man already charged before the election with stealing campaign signs is now charged with a felony theft of a gun and tools. A Letcher County Grand Jury indicted Christopher Scott Sexton, 38, of J. Spicer Drive, Haymond, on charges of theft of a firearm and theft over $500 and less than $5,000. The owner of the gun, Bobby Johnson, […] 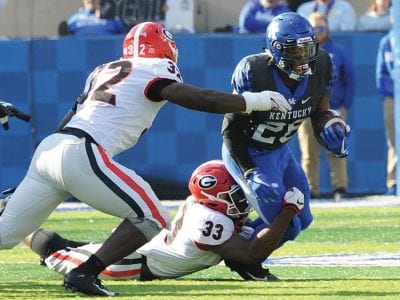 Robinson signing is big for Wildcats

Kentucky football got a terrific athlete when Western Hills star Wandale Robinson committed to coach Mark Stoops’s team over Nebraska, Alabama, Ohio State, Purdue and Michigan last week. But Kentucky also got a huge boost for in-state recruiting when Robinson reversed a three-year trend of the state’s top players picking out-of-state schools. Robinson decided he wanted to be what former […]

As another year of hunting gets to the final days with peak rut just around the corner, I am so proud to hear of no accidents that involve hunters. Please let us keep it that way. Anytime we do things to give anti’s something to attack us on, they sit back and laugh and hammer us to death with it. […]

Smallmouth bass fishing really heats up as the water temperatures drop into the low 50’s, but largemouth bass will slow down and move toward warmer, deeper water on most lakes. With smallmouth bass much more active in colder water, they will hit a bait very hard. There are some winter anglers who will bundle up and go out in very […]

The 2018 Letcher County Central football season came to an end with an opening round playoff loss to visiting Lincoln County by a score of 22-7. After a rough start to the season, LCC won 5 of its last 6 regular season games to finish the season with a 5-6 record and great hope for the future of the program. […] 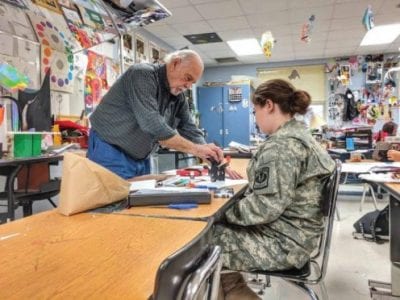 Doug Adams, an art teacher at Letcher Central High School in Whitesburg, celebrated his 85th birthday Saturday. That makes him among the oldest — and possibly the oldest — classroom teacher working full-time at a Kentucky public school. “I don’t know of anybody else that’s a full-time teacher that’s as old as Doug,” said Letcher Central Assistant Principal Scottie Billiter, […]

Your vote could be the one to bring free concert series back to Letcher Co.

Organizers of the Levitt Amp Concert Series in Whitesburg are looking for another shot at the $25,000 grant this year. Committee members have already filed an application with the Levitt Amp Foundation for a second summer of concerts, and the application is open for voting by the public now. Cowan Community Center and the City of Whitesburg partnered on last […] 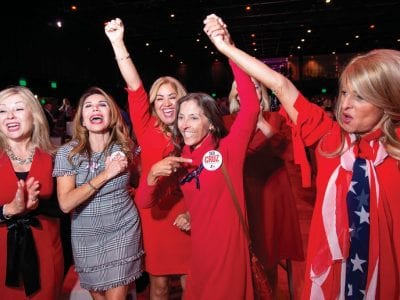 By STEVE PEOPLES
The Associated Press

WASHINGTON Democrats were gaining significant ground in the battle for House control Tuesday night, while Republicans held their Senate majority as voters rendered a mixed verdict in the first nationwide election of Donald Trump’s turbulent presidency. The results allowed both parties to claim partial victory, but highlighted an extraordinary realignment of U.S. voters by race, sex and education. Republicans maintained […]