Sadness has touched our little hunting community, and we have suffered the loss of one of our finest Struttin’ Time readers. Our friend, Jerry Ray Barker, of Whitco, has crossed “the Silent River” to hunt and fish before us. Jerry owned Anchor Paving for many years, and many young Letcher County men have worked for him. Jerry was one of […]

Will UK’s Allen go one or two?

Kentucky’s special football season could end in an even more special way at the NFL Draft in Nashville in April. Josh Allen still has a chance to be the No. 1 overall pick. No, mock drafts are not projecting him No. 1. Most have Ohio State defensive end Nick Bosa going first to the Arizona Cardinals. However, most drafts also […] 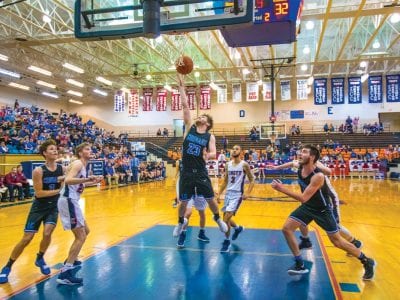 The Letcher County Central Cougars fell short by a single point Tuesday night as their 2018-19 basketball campaign came to a close with a 47 to 46 loss to host Powell County in the boys’ 14th Region Tournament at Stanton. While Powell County moves on to face the winner of last night’s Hazard vs. Breathitt County tilt on Friday, Letcher […]

An official with a Veterans of Foreign Wars district that includes Letcher County says he has proof that a 37-year-old Whitesburg man stole more than $25,000 from the veterans organization. “If I went and swore a warrant out for something as serious as this, I have proof,” said Bruce Ashley, commander of the VFW’s Kentucky District 14, which oversees 11 […]

County water rates won’t be increased as expected — for now

Water rates for customers of the Letcher County Water and Sewer District may not be increasing after all — at least for anytime soon. At its February meeting, the water and sewer district’s Board of Directors were told that the Knott County Water District has rescinded the rate hike for which it had previously asked, pending a new rate study. […] 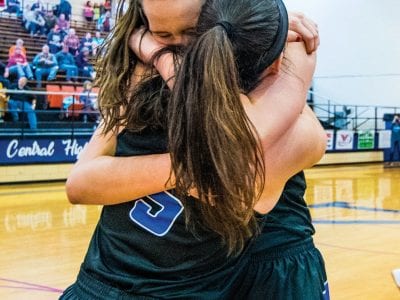 The 53rd District Champion Letcher County Central Lady Cougars will travel to Jackson on Thursday night to take on the Owsley County Lady Owls in the opening round of the girls’ 14th Region Tournament at Breathitt County High School. The winning team will return to the Breathitt County gym at 2 p.m. Saturday to take on the winner of the […]

Attendance is up some at Jenkins after illness

Attendance remains below average in the Jenkins Independent School District following the closure last week caused by widespread sickness, but numbers have improved this week. The district’s director of pupil personnel, Rondall Baker, said Jenkins had about 89 percent attendance Tuesday, with 48 students absent. That’s a significant improvement over Monday, when the district had about 80 percent attendance and […] 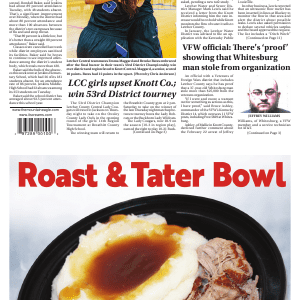 Be a hero; give your blood here Thursday

You can become a hero this week by donating blood to the Kentucky Blood Center on Thursday when the KBC Bloodmobile arrives in Whitesburg. The blood drive will be held at the Whitesburg Plaza Shopping Center at Ermine, beginning at 12:15 p.m. and continuing until 5:45 p.m. Many times it doesn’t cross our minds until a disaster strikes, but the […] 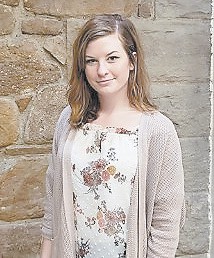 She’s the student of the month here at SKCTC campus

Ciara Belcher, of Harlan, has been named Student of the Month at the Whitesburg Campus of Southeast Kentucky Community and Technical College. Belcher is in her second year of the Respiratory Therapy Program and works as a student respiratory therapist at Whitesburg ARH. She has already secured a fulltime position at Cincinnati’s Children’s Hospital where she will begin following her […]