A man and a woman are dead of apparent gunshot wounds at a home near the foot of Cowan Mountain. The bodies have been sent to Frankfort for autopsy, but detectives with the Kentucky State Police do not believe there were any others involved in the incident, and say they to not think there is a threat to public safety. […] 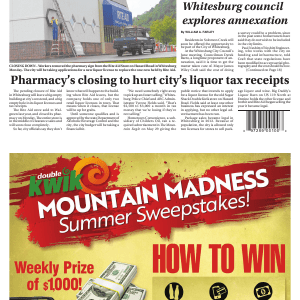 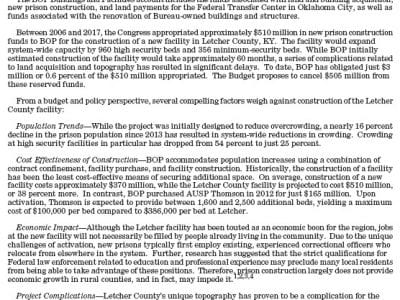 Money saved from stopping plans to build a new federal prison in Letcher County would be used on “enforcing immigration laws” and “improving national security,” the Trump administration says in a document prepared to justify the halting of the project and taking back the $505 million that has been allocated to it. The Department of Justice document also lists the […]

Residents in Solomon Creek will soon be offered the opportunity to be part of the City of Whitesburg. At the Whitesburg City Council’s June meeting, Councilman Derek Barto, a longtime proponent of annexation, said it is time to get the matter taken care of. Mayor James Wiley Craft said the cost of doing a survey could be a problem, since […] 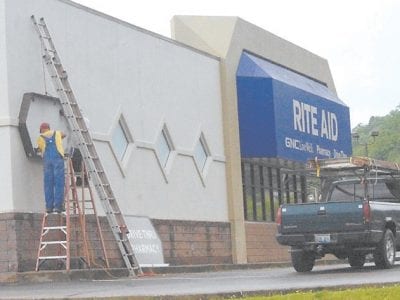 The pending closure of Rite Aid in Whitesburg will leave a big empty building at city’s west end, and a big empty hole in its liquor licenses and tax receipts. The Rite Aid store sold to Walgreen last year, and closed its pharmacy on Monday. The entire store is in the middle of clearance sales and will soon close completely. […]

Letcher Countians may have a better recreation area and sizable tourist draw in the not too distant future. At its June meeting, the Letcher County Fiscal Court approved a resolution of support to participate with the Letcher County Tourism Commission for a U.S. Land and Water Conservation Fund grant proposal. The funding would be used to finance an ambitious set […] 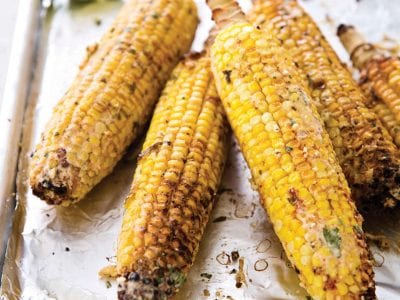 In Mexico, vendors sell this messy, cheesy, utterly delicious grilled corn from carts. To bring this street food to the home kitchen, we broiled the corn on the cob instead of heading out to the grill, first brushing it with oil to keep it from drying out. Mayonnaise makes a good substitute for Mexican crema, especially when it’s dressed up […]

Car stolen from Lawrence County is found here; suspects able to get away

Whitesburg Police recovered a vehicle stolen from Lawrence County after a pursuit Sunday night. Police Chief Tyrone Fields said an officer was patrolling when he attempted to stop a black Chevrolet S-10 pickup truck with no license plate. He said the driver refused to stop, and fled up KY 931 North toward Sandlick. Fields said the truck turned up a […]

Letter to the Editor:

To the Editor: Our people, especially our young people, need jobs — good paying jobs. Even with the withdrawal of the Record of Decision, the Federal Bureau of Prisons is continuing to work toward the construction of the Letcher County Federal Prison. Congressman Hal Rogers and Senator Mitch McConnell continue to work toward the construction of this project. Their support […]

Big roads are extremely important to any community’s economic vitality. But for smaller, more rural communities, some of the most important lanes can also be some of the smallest. Bicycle-friendly roads and trails are increasingly how many communities around the country are attracting visitors, building their economies and gaining notoriety. One of the biggest booms in biking right now is […]