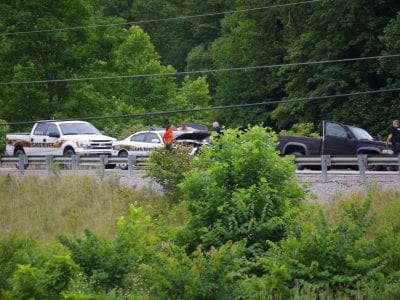 One arrested after two-county chase

A pursuit that involved police from two counties ended about 2:30 p.m. today just across the Harlan County line at Blair, after two of the pickup’s tires were deflated when it ran over spike strips. The chase involved Kentucky State Police, the Letcher County Sheriff’s Department, Whitesburg Police, Cumberland Police, Harlan Police, and the Harlan County Sheriff’s Department. Speeds ranged […] 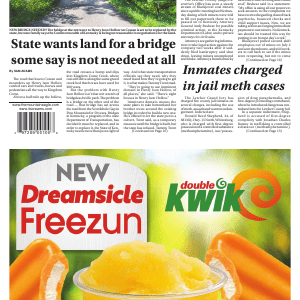 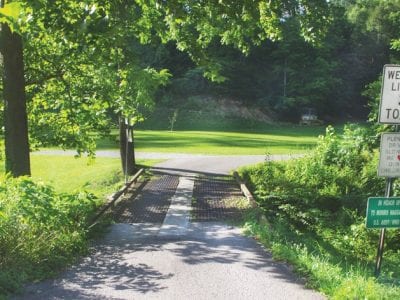 The road that leaves Cowan and meanders up Henry Ison Hollow carried cars and trucks, horses and pedestrians all the way to Kingdom Come. About a half mile up the hollow, the road crosses a hump and dips into Kingdom Come Creek, where cars still drive along the same gravel creek bed that horses have used for 200 years. But […]

The attorney generals of Kentucky and Virginia have written a joint letter to the U.S. Bankruptcy Court demanding that Blackjewel Mining make “immediate payment” of wages owed to workers. The Letcher County Judge/Executive’s Office has seen a steady stream of Blackjewel coal miners since a public meeting last Wednesday during which miners were told to fill out paperwork there to […]

The Letcher Grand Jury has charged five county jail inmates on several charges, including the use of meth, assault and wanton endangerment. Indicted are: Donald Reed Shepherd, 24, of 6813 Ky. Hwy. 15 North, Whitesburg, who is charged with first-degree possession of a controlled substance (methamphetamine), use/possession of drug paraphernalia, and first-degree promoting contraband, when he introduced dangerous contraband into […] 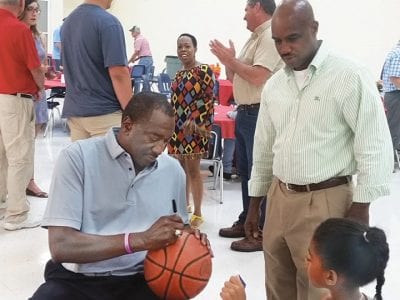 Recruiting rankings have never been a huge topic of conversation for Keion Brooks Sr. and his son, Keion Brooks Jr., a Kentucky five-star freshman basketball player. Brooks Jr. was ranked among the nation’s top 15 players in the 2019 recruiting class, but some believe he could be even better playing for coach John Calipari than some suspect. “I have never […] 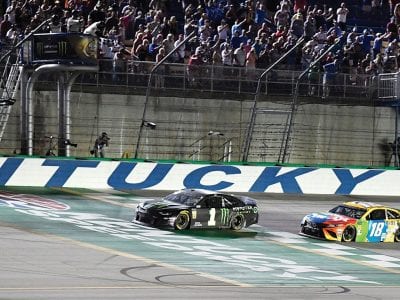 CHARLOTTE, N.C. Kurt Busch has been called many things during his tumultuous 20 seasons at NASCAR’s top level. He is ornery, easily unhinged and has lost control of his temper enough times that it nearly derailed his career. But the most important descriptor for Busch is one often overlooked. He is a wheelman, one of the very best in NASCAR, […]

Big bass love to hide in cover of wood

I would say that bass fishing on most lakes is the top type of fishing done most of the year. There are more types of bass-related fishing tackle and specialty rod and reels made for bass fishing than for anything else. And every type of bass lure known to man is made. Even fishing boats are referred to as bass […]

ARIES (March 21 to April 19) Is someone at work resisting that Aries charm? Hard to believe. But seriously, Lamb, you might want to back up your ideas with some solid data, and then watch the yeas pile on. TAURUS (April 20 to May 20) Your hard work could pay off in ways you didn’t expect, but certainly deserve. Tend […] 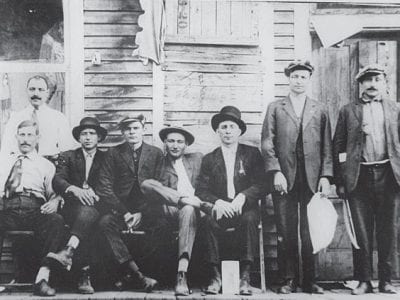 ‘Go back where you came from!’

Possibly because this newspaper is published in Letcher County, Kentucky, whenever we hear that slur—“Go back where you came from!”—whether flung from the White House or anywhere else, we think of Srur Dawahare and his family. Born near Damascus, Syria, in the 1880s, Srur fled murderous religious persecution and reached New York City in the early days of the 20th […]