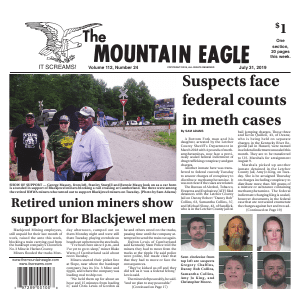 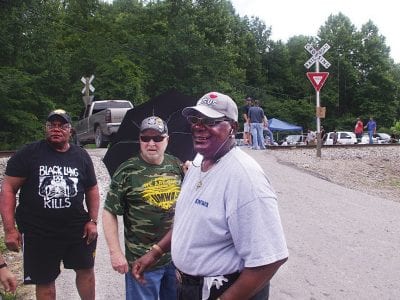 Blackjewel Mining employees, still unpaid for their last month of work, raised the ante this week, blocking a train carrying coal from the bankrupt company’s Cloverlick No. 3 Mine in Harlan County. Miners flooded the tracks Monday afternoon, camped out on them Monday night and were still there Tuesday, playing cornhole on boards set up between the steel rails. “I’ve […] 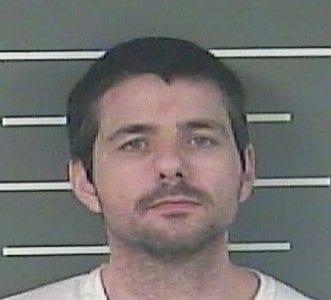 A Bottom Fork man and his daughter, arrested by the Letcher County Sheriff ’s Department in March 2018 with 4 pounds of methamphetamines, now face a previously sealed federal indictment of drug trafficking conspiracy and gun charges. Another inmate here was transferred to federal custody Tuesday to answer charges of conspiracy to distribute methamphetamine. It was not clear if the […]

E-m@il address In addition to the telephone and the U.S. Mail, The Mountain Eagle accepts comments to Speak Your Piece by electronic mail. Our address is: mtneagle@bellsouth.net People, spay or neuter your animal. Be responsible, stop throwing them away and stop starving them on chains. I’m sick of seeing this every day. The Perry County Animal Shelter has a low-cost […]

1. In 2019, Pittsburgh’s Josh Bell became the third player in National League history to have at least 12 doubles and 12 home runs in the same month. Name either of the other two to do it. 2. When was the last time before 2018 (Cincinnati’s Bryan Price) that a majorleague manager was fired in the month of April? 3. […] 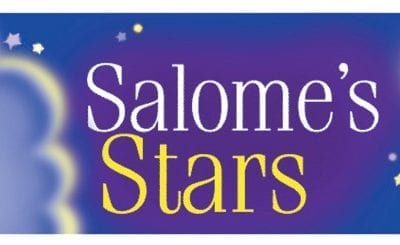 For week of August 4 ARIES (March 21 to April 19) Technology snafus tax your patience. But before you throw that computer or other hardware into the trash, take a deep breath and call someone knowledgeable for help. TAURUS (April 20 to May 20) Don’t be too upset if your generosity goes unappreciated. These things happen, and rather than brood […] 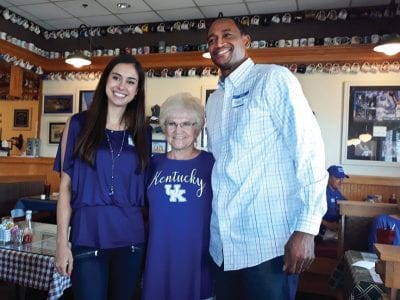 Maci Morris’s freshman year at the University of Kentucky was everything she “hoped for” and the coaching staff literally had to make her go home during breaks because the dorms closed. However, the next year there was a “little bit of craziness” that led to six players transferring, one player being dismissed from the team, two assistant coaches resigning, one […]

Why it pays to know where you are

I have had breakfast, lunch or supper in about every hollow in Letcher County. As a lifelong resident I feel I know my county fairly well, and our people. That is not so with my new county of Estill. When we moved here it didn’t take long to figure that we had downgraded. I lived in Letcher County for 65-plus […]

Worms are his favorite bass bait

Anyone who has bass fished with me much knows how much I like to fish with worms for bass. This is with good reason, as over the many years I have fished for bass, most of my really big fish have been caught on a worm. I have done really well in bass tournaments over my lifetime of fishing a […] 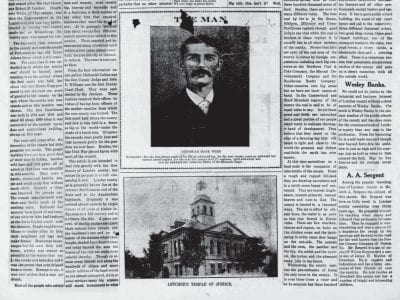 Clips from available Mountain Eagle pages since our founding in 1907 THURSDAY, AUGUST 5, 1909 Residents of Bottom Fork, Bill Moore’s Branch, Kentucky River, and Beefhide, near the Pike-Letcher line, will no longer have to travel all the way to Millstone to vote in elections. The Letcher County Fiscal Court has ordered the Millstone precinct divided into two voting precincts, […]