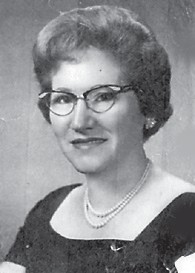 Barbara Caudill Stallard Wise will be 100 years old on Sept. 1. Born in Letcher County, she is a daughter of the late Jacky and America Caudill and had seven brothers and two sisters. She was married to Leonard Sturgill and the couple had two sons, Jack Sturgill and the late James Sturgill. She loves to tell stories of her childhood and rearing her sons. They left Whitesburg around 1952. Later she married John Wise of Louisville, who died 23 years ago. Mrs. Wise is living in a nursing home at 3500 Good Samaritan Way D-14, Louisville, Ky. 40299. She enjoys reading The Mountain Eagle, letters and cards.