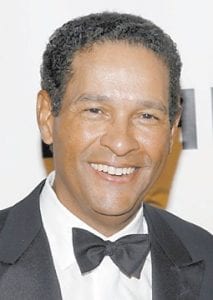 The monthly newsmagazine “Real Sports” marks 15 years on the air this week on HBO, standing even more alone as a home for strong television journalism than it did in 1995.

Host Bryant Gumble, for example, heard that NFL officials weren’t happy with “Real Sports” reporting on concussions and other health problems in football. Unlike the broadcast networks, HBO doesn’t have to worry about whether that will affect ratings, or if the NFL will retaliate with a lousier slate of games the next season.

To a certain extent, “Real Sports” is a misnomer.

Its stories must have a connection to sports, but they often really aren’t about sports. Gumbel is proud of his Emmy Awardwinning story on Marcus Dixon, a college-bound athlete jailed on an abuse charge when he had consensual sex with a young woman, which resulted in his release. A recent feature about a blind skier was less about skiing than about how he responded to an operation to restore some sight.

Correspondent Bernard Goldberg reported on young boys being enslaved to be camel jockeys in the United Arab Emirates.

The show’s report on dog fighting in the wake of quarterback Michael Vick’s conviction illustrated not only the brutality of the practice but the reasons it was popular in some cultures, said A.J. Daulerio, editor-inchief of the sports Web site Deadspin.

“It’s probably the only thing we have in sports journalism right now that is the equivalent of ‘60 Minutes,’” Daulerio said.