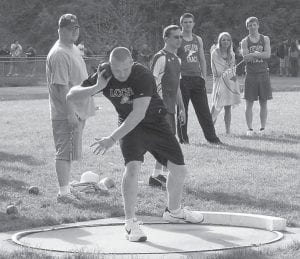 Dakota Cornett won the KHSAA Class 2A Region 7 Shot Put and Discus Championship on Saturday at Leslie County. He and other members of LCC’s track team will compete in the state finals in Louisville on June 3.

The Letcher County Central High School girls’ track team is champion of Class 2A Region 7. Twelve members of the team with first- and second-place finishes in the regionals now advance to state competition in Louisville on June 3.

Regional results for the girls’ track team are:

Regional results for the
boys track team are: