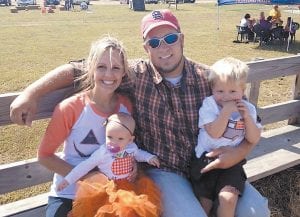 Landscape company owner Shonn Hild of Sullivan, Ill., is seen in a family snapshot with his wife, Christy, and two children, 2-year-old Beckett and 7-month-old Harper. Hild recently received notice from his insurance company that the health policy covering him and his two children would be canceled. He found a similar plan, but it’s more expensive and has a higher deductible. His household income is too high to qualify for cost-lowering tax credits under the Affordable Care Act.

For Shonn Hild, a landscaper from Sullivan, Ill., the controversy over Americans losing their health insurance plans, despite a promise by President Barack Obama, is frustrating and personal. For Jon Gabel, a University of Chicago health care researcher, the surprise is not the mass cancellations, but any nostalgia for the individual insurance market before the president’s overhaul.

For perspective, The Associated Press interviewed two people with intimate knowledge of the issue, for far different reasons.

Hild was startled to learn the policy covering him and his two daughters had been canceled because it didn’t include maternity coverage. He found a new plan, but it has added to his household expenses and his frustration with politicians. 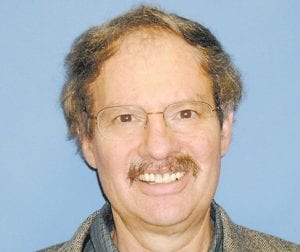 Jon Gabel is a senior fellow in the Health Care Research Department at NORC at the University of Chicago in Bethesda, Ill.

Gabel says the research he published last year predicted what was coming. His study found about half of Americans who bought individual insurance policies in 2010 had plans falling short of the new law’s requirements — plans that didn’t provide much financial protection for patients.

Here are edited excerpts of the two interviews:

Hild recently received notice from Blue Cross Blue Shield that the insurance policy covering him and his two children would be canceled after year’s end. His wife gets her health coverage through her job.

Q: When did you find out your policy is being canceled?

A: A couple of weeks ago, I was first informed our policy was going to be discontinued. … I got an email, a phone call and a letter. I guess they wanted to make sure that I knew.

Q: Were you surprised?

A: I was very disappointed it happened, but I already had heard rumblings about it.

Q: What did you do next?

A: I shopped around and found another similar Blue Cross Blue Shield plan, but it’s about $ 200 a month more and has a higher deductible.

It just seems ignorant. I don’t understand why myself and two healthy young children — ages 2 years and 7 months — have to pay (more) when we won’t be using the maternity coverage. … It’s even more expensive for us to get coverage under ( his wife’s) workbased plan.

Q: What do you think of the Affordable Care Act?

A: I don’t care who you are and what you believe — it’s not more affordable. Our income is too high for us to qualify for a (federal) tax credit.

Q: How do you describe yourself politically?

A: I’m not an Obama supporter. I guess I’m an independent. I don’t side with the Republicans anymore. Everything’s a mess.

Jon Gabel is a senior fellow in the Health Care Research Department at the independent research organization NORC at the University of Chicago.

Q: Why are so many Americans receiving cancellation notices?

A: They are losing their policy because their insurer decided not to grandfather their existing plan. If the plan was grandfathered — if it remained largely the same as before the health law passed (in 2010) — it didn’t have to meet requirements such as providing essential health benefits like maternity care.

Why did insurers choose to grandfather some plans but not others? What I would speculate is obvious: The non-grandfathered plans were not viewed as profitable.

Q: What did your research show about the health plans available on the individual market in 2010?

A: We found that the majority — about 51 percent — of Americans were enrolled in plans that did not meet (the new law’s requirements). In other words, they were covered by plans that paid less than 60 percent of the medical expenses for a standard population. We called them “tin plans.”

A: I think of tin as being flimsy. These plans don’t offer much financial protection.

Q: But weren’t people happy with these plans?

Q: What did your research show about the difference between insurance provided by employers and insurance bought by individuals in 2010?

A: Most employer-based health insurance was covering 80 to 89 percent of medical expenses for a standard population. … That means you were far less likely to go bankrupt with employersponsored health insurance.

Q: What’s your reaction to so many Americans receiving cancellation notices?

A: We have such a byzantine system for health insurance. The (president’s) Affordable Care Act tried to make it kinder and gentler, but it is incredibly complex.

I am surprised people are romanticizing the individual insurance market as it was. … If you really needed health coverage, if you really were sick, you couldn’t get it.