20 bluegrass bands to play at Jenkins this summer 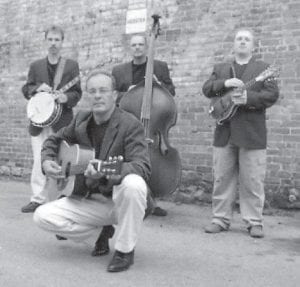 PICKIN’ ON THE MOUNTAIN – The bluegrass show set for June 16 at Jenkins will feature the Glenn Ritchie Band from Knott County.

The Cumberland Mountain Arts and Crafts Council in Jenkins is living up to its name. Last year the group burst onto the scene by producing the first Cumberland Mountain Bluegrass Music Festival. An estimated 700 music fans poured out to enjoy the two-day event last July.

“The feedback from our patrons was overwhelmingly positive,” said Don Amburgey, council president. “The most often heard comment was ‘this is a wonderful venue and you must utilize it more.'” The venue is a 15-acre site upon a mountain donated by T.E.C.O. Coal Co. The site was developed with funding through the Letcher County Fiscal Court.

On June 16, the arts council will produce the first Pickin’ on the Mountain bluegrass music show at the Little Shepherd Amphitheatre in Jenkins. Four of the region’s best bands will play two sets each for a solid eight hours of music. The show will begin at 1 p.m. with the Glenn Ritchie Band. At 2 p.m., Mike Havens and his Blue Mountain Grass will play. The Tommy Webb Band will play at 3 p.m., and Dismal Pike will begin at 4 p.m. From 5 to 9 p.m. the same bands will play a second set in the same sequence. With this format our patrons can enjoy all four bands whether they come early, late or in between. The event 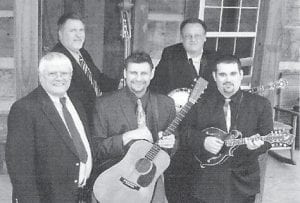 TO PERFORM – The Tommy Webb Band from Langley is among bluegrass bands scheduled to perform at the Pickin’ on the Mountain show at Jenkins June 16.

promises to be one of the hottest bluegrass music shows of the hot summer season.

On July 12, 13 and 14, the arts council will produce the second annual Cumberland Mountain Bluegrass Festival, which is now expanded from last year’s twoday event. On Thursday night there will be five shows beginning immediately after the opening ceremony at 3 p.m. The very popular family band, Mountain Melody Band, will be our headliner playing from 8 to 9 p.m. This eight-member band has excellent instrumentals and superb genetic harmony. Friday night will also feature five shows with The Wells Family from North Carolina as our headliner. The members of this group are among the most accomplished musicians and vocalists in the business today, having played throughout the United States and several foreign countries. The Friday night show runs from 4 to 10 p.m. On Saturday, the show will run from noon to 10 p.m. The headliner is The Larry Fuller Band. Larry has been performing for 35 years and has released dozens of albums throughout his career. His music is still among the most requested in radio today. 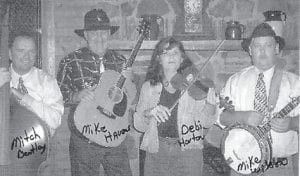 BLUEGRASS BAND – Mike Havens and Blue Mountain Grass will play June 16 at the Pickin’ on the Mountain show at Jenkins. Pictured are (left to right) Mitch Bentley, Mike Havens, Debi Horton, and Mike Wilson. The band is from Mize near West Liberty. 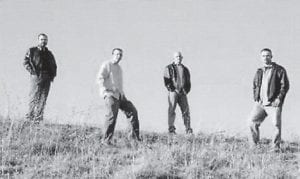 DISMAL PIKE, a bluegrass band from Pike County, will play at the Pickin’ on the Mountain show June 16 at Jenkins.