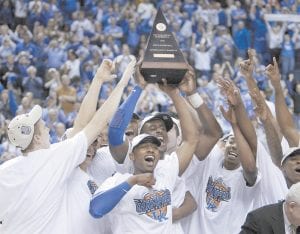 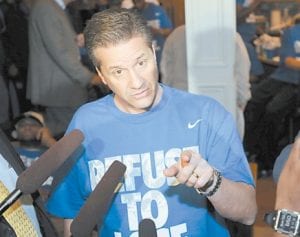 Kentucky coach John Calipari spoke to reporters after watching the NCAA tournament selection show at his home in Lexington on Sunday after the team returned from the Southeastern Conference tournament in Nashville. Kentucky was named the top seed in the East Region and faces East Tennessee State on Thursday in New Orleans. (AP Photo/ Brian Bohannon) 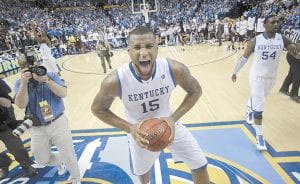 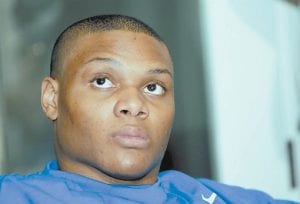 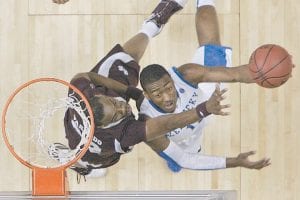 John Wall, right, shot over the defense of Mississippi State’s Jarvis Varnado in the second half of Sunday’s game. (AP Photo/Dave Martin) 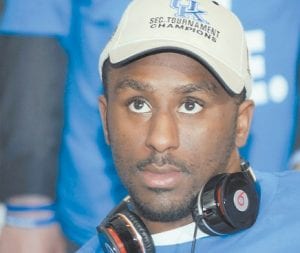 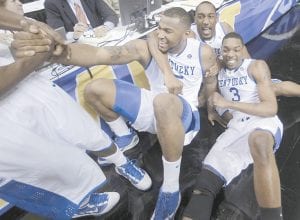 DeMarcus Cousins, center, was helped up off the court as he celebrated with Ramon Harris, top right, and Darnell Dodson, right, after Cousins scored at the buzzer to send the championship game into overtime. (AP Photo/ Dave Martin)