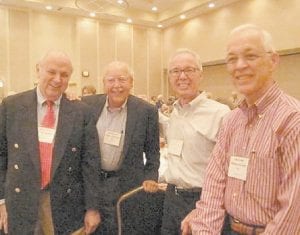 I had the privilege of attending the reunion of all of the classes of the old Whitesburg High School during the weekend of June 25-26 at the Downtown Hilton Hotel in Lexington. I really enjoyed meeting a lot of individuals that I have been writing about in this column for the past 18 months.

There were more than 300 graduates, former students and friends, includ- ing several from California, Florida and other distant states registered for the event. Six members of the Hobart and Nola Combs family from around the country combined a minireunion with the WHS event. The largest number in attendance was members of classes of the ‘50s and ‘60s.

The weekend activities included a Friday night social, a large banquet and dance on Saturday night. Door prizes were given by several of the alums, including gift baskets, a country ham, fresh Florida fruit boxes, as well as a UK basketball, UK football and tickets to a game in both sports. The weekend ended with a breakfast on Sunday morning before those proud alumni returned to their homes. 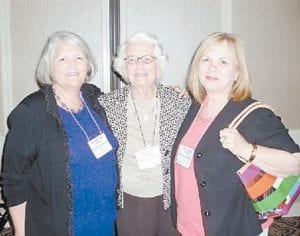 Another such event is now being planned for 2015.

In Honor of Mabel

The annual banquet given by the juniors was held in the gymnasium on Tuesday evening, May 7. The gym was beautifully decorated with spring flowers changing it into a “Garden of Enchantment.” 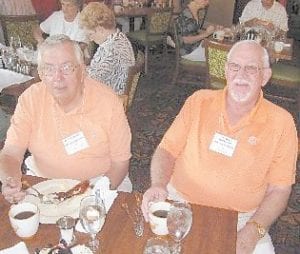 The evening was a very pleasant, and all those present enjoyed themselves.

“The Boomerang”, a comedy in three acts, by Winchell Smith and Victor Mapes, has been selected as the senior play for this year. This play was very popular in New York when produced at the Belasco Theatre, and was given a long run there.

A five letter word meaning peppy, attractive, sweet, pretty and winning. Only one solution, “Mabel!” In the crossword puzzle of high school days, Mabel, has been the key to many good times. She has a winning personality, and is the very essence of femininity.