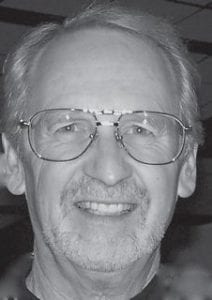 Expectations are soaring from camps at Louisville and Western Kentucky as we arrive at the eve of another college football campaign.

When speaking about their current conferences, UofL and WKU have shown up in sentences with three words fans love and coaches despise … run the table. By contrast, there’s Kentucky. A football program in startall over ((again) mode. The Wildcats look across the horizon at Western Kentucky this week — and Louisville and Florida in the first month — and then the Saturdays still get tougher after that.

The least rated among our Commonwealth’s three Division I teams, Kentucky still has legitimate reasons for optimism.

While fan revival and Mark Stoops’s recruiting successes for this year and next are noteworthy, I suggest the best news for Big Blue fans came two weeks ago. For the first time since the Jerry Claiborne years, a reshuffled and reasonable and promising schedule is coming in 2014.

Claiborne’s 1984 Wildcats began with Kent, Indiana, Tulane and Rutgers, then upset Mississippi State for a 5-0 start. Bottom of the schedule? A win against archrival Tennessee, then a Hall of Fame Bowl win against Wisconsin to finish a 9-3 season.

• Five home games in first seven weeks, including an open date and a trip to Florida.

• Instead of having to waste adrenaline on a rival game at the top (Louisville), UT-Martin and Ohio U. will be good trial and fine-tune runs before the trip to The Swamp. After the open date, Vanderbilt, South Carolina and Louisiana Monroe must travel to Lexington.

• The bottom three schedule dates are as fanattractive as any in UK history. Tennessee, then an open (for fan buzz build-up) date before Louisville.

• Beauty of it? The UKLouisville game is on the Friday after Thanksgiving. Weather here and the possibility of two Kentucky teams tuning up for suspense of a bowl game on last day of the season. Perfect.

Orlando “Tubby” Smith’s induction into the University of Kentucky Athletics Hall of Fame next month will be a seminal moment in UK history — a pedestal alongside Adolph Rupp.

Kentucky’s eight 22-plus win seasons and two 34- plus win seasons, and 10 trips to the NCAA Tournament are notable, but are eclipsed by Smith’s loyalty and distinguished service for more than a decade.

Most significant, discounting Billy Clyde Gillispie’s brief stay, is that Smith has been the only basketball coach who ended his stay at UK with no NCAA inquiry/investigation.

Dis ’N Data v Twin Killing for Kentucky basketball. First : home attendance for UK at Rupp Arena has been best in the nation 17 of 18 years. Second: Wildcats will be featured 20 times in regular season on the ESPN family of networks or CBS Sports.

Conclusion: When a UK recruiter sits down in a kid’s family room he can open with two statements and a question.

“You can be on national television 20 times, not counting tournaments,” and “We can get you to the NBA Draft in seven months. What else is there?”