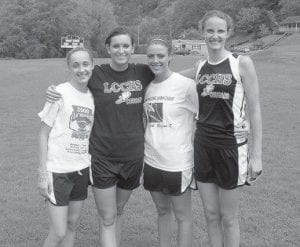 Twenty-two members of Letcher County Central High School’s track and field team competed in the KHSAA state track meet over the weekend on the campus of the University of Louisville. 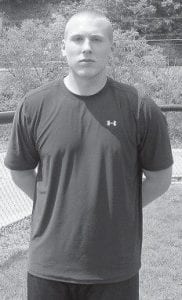 Cory Stagner finished 20th in the Boys’ 1600 Meter Run, while the team of Frazier, Blair, Collier and Wurschmidt came in 22nd in the Boys’ 4×100 Meter Relay.

One of the best individual performances by a Letcher Central athlete came in the Boys’ Shot Put, with Dakota Cornett placing 7th. Katelyn Collier placed 20th and Kayla Branham 21st in the Girls’ Discus Throw.

Team members advanced to the state meet by finishing either first or second in the regional track meet held the week before.

In that meet, Nicole Banks brought back a total of four 1st place medals, winning the 100, 200 and 400 Meter Dash as well as sharing 1st place in the 4×400 Meter Relay with Kelsy Mullins, Haley Whitaker and Myrika Begley. Also receiving a 1st place was Kayla Branham in the Discus Throw. Second-place winners were Ashley Johnson in the 100 Meter Hurdles, Kelsey Mullins with a photo finish in the 800 Meter Run, and Katelyn Collier in the Discus Throw.

Also placing 2nd were Kevin Wurschmidt in the 100 Meter Dash, Cory Stagner in the 1600 Meter Run, James Gose in the 400 Meter Dash, Andrew Branham in the 300 Meter Hurdles, and Devin Blair in the Triple Jump.