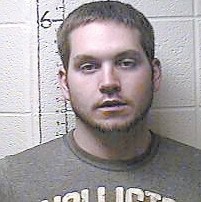 Preliminary hearings are set for next week for three Letcher County residents accused of trying to rob the Mayking Post Office on Friday.

Randy Combs said Mc- Clain and Larue drove Yeary to the post office, which also serves the communities of Thornton and Millstone, on the afternoon of April 1 to commit the robbery.

“Dustin goes inside and puts a gun in the face of the clerk at the post office,” said Combs. “She hunkers down and gets out of the way.”

Combs said Yeary, who had the hood of his sweatshirt pulled up over his head, jumped over the counter but couldn’t get any money because the drawer was locked. Yeary left the post office and was seen getting into a green twodoor passenger car which had backed into a parking spot in front of the Kentucky River Community Care office, according to Combs. Witnesses told Combs the vehicle sped off from the parking lot. 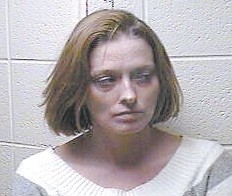 Pictured above is suspect Katie LaRue. At right is Jeffery McClain.

KSP Post 13 in Hazard was notified of the robbery attempt at approximately 2:59 p.m. A postal employee gave a detailed description of the suspect and the license plate number of the car in which he left. The employee saw another man inside the car.

About an hour and a half later, police found Mc- Clain and Larue sitting in the parked car, which was backed into a parking place near Whitesburg Walmart.

Combs said McClain and Larue told police they had taken Yeary to the post office and then dropped him of at his home at Pine Creek before they drove to Walmart.

All three suspects are being held in the Letcher County Jail. Bond is set at $100,000 cash for Yeary and $50,000 cash for Larue and McClain. 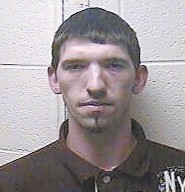 Preliminary hearings are set for 1 p.m. on April 14 in Letcher District Court.

Combs is continuing the investigation.

Yeary was released from prison October 1, 2008 after serving a sentence for possession of a controlled substance. He began serving the term on February 14, 2007. 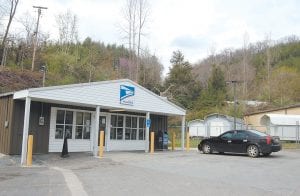 WHERE ROBBERY WAS ATTEMPTED — The Mayking Post Office also serves the communities of Thornton and Millstone. (Eagle photo)