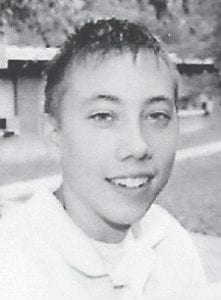 Matthew Wayne Bailey is a son of Wayne and Freida Bailey of Isom, and was graduated from Whitesburg High School in 2005, ranked fourth in his class with a 4.36 grade point average. While in high school, he was a member of the academic team, Future Business Leaders of America, Appalachian Media Institute, Bible Club, and Interact Club. He was also captain of the golf team and co-captain of the tennis team.

He attends Berea College where he plans to earn a degree in physics and work for an engineering company or research facility. He says he considers himself to be very curious and loves learning what makes things work. Through physics, he hopes to unlock a whole new horizon of knowledge and wonder. He says he loves the friendliness of his community and how traditions are passed from one generation to another. He says of all the places he has gone, the people of eastern Kentucky are among the few who still maintain a sense of value for simplicity and love abounds. He hopes to return to eastern Kentucky to unlock his area’s potential and give back to those who nurtured him. 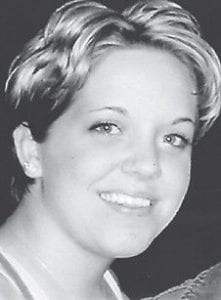 Keshia Georgetta Allen, daughter of Jimmy and Kitty Back of Cornettsville, was graduated from Letcher County Central High School in 2007. She was ranked fifth in her class and was salutatorian with distinction, with a 4.31 grade point average. In high school she was a member of the academic team, Beta Club, and Interact Club. She was statistics keeper for the softball team, a PSI teen leader, a WYMT Mountain Student Achiever, and an Upward Bound participant, and was named to Who’s Who Among High School Students.

She attends Alice Lloyd College where she plans to major in social sciences to become a social worker, and says she wants to help people of all ages have a better life. She says she considers herself to be a hard worker and strives to reach the goals she sets for herself. She says she loves the qualities of her community where everyone is close knit and knows each other, and plans to return to eastern Kentucky to live and work when her education is complete. 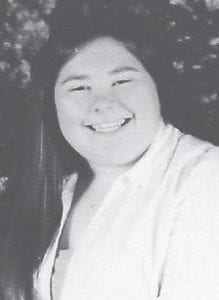 Hannah Arien Whitaker is the daughter of Marion and Twila Whitaker of Cornettsville. She was graduated from Letcher High School in 2003 ranked first in the class with a grade point average of 4.0 and was valedictorian. While attending high school she was senior class president, Student Government president, homecoming queen, a member of the academic team, varsity captain of the volleyball team, a member of the National Honor Roll, a PRIDE volunteer, secretary of the National Honor Society, and a NEED Team leader.

She is a senior at Alice Lloyd College where she is majoring in biology. She will attend graduate school in the fall in dermatology nursing. While at ALC she has been a member of the Talon Yearbook staff, a student resident advisor, a member of the IMPACT Club, head female resident advisor, and a member of the Student Affairs Committee, the Disciplinary Committee, and the Allied Health Club. She has also been involved in the Southern Appalachian College’s Accreditation Committee. She says her dream is to work in a private practice as a dermatology nurse, but she is also interested in serving her community in a hospital setting. She says she loves her community and the people and chose the field of nursing because it allows her to work within the medical field and give back to the people of her community. She plans to live and work in eastern Kentucky when her education is complete.