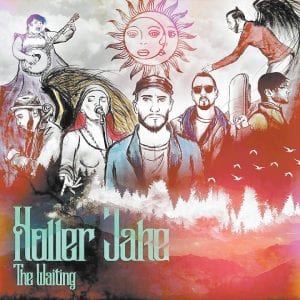 Dave Eggar and his band Holler Jake will appear in downtown Whitesburg Thursday.

When Dave Eggar ventured into southwest Virginia with percussionist Chuck Palmer in search of Ralph Stanley 15 years ago, he was a renowned virtuoso cellist who’d recorded with everyone from Tony Bennett to Kurt Cobain. Little did he know he’d make musical connections that would prove fruitful today.

There, through local producer Paul Kuzcko, they would connect and collaborate with Cuban bassist Ariel de la Portilla and the biggest voice in the mountains, Jake Baine. Over the next 10 years, a genre-bending world jukebox band would emerge, adding Phil Ficonti on guitar, Nikki Guerra on vocals, Evie Andrus on fiddle, and featuring the unique musical tap dancing skills of Andrew Nemr.

The collaboration is called Holler Jake and has just released a debut album, “The Waiting.” Holler Jake’s live show has rocked venues from the mountaintops of West Virginia to the riverboats of New Orleans, including festivals such as Floyd Fest, Rhythm & Roots, and Rhythm & Blooms, to name a few. Shows are usually joined by a cast of local characters and creative surprises.

Holler Jake music defies categorization and is best experienced live. Their free show starts at 7 p.m. Local songwriter and recording artist Anthony Wayne opens the show at 6 p.m. You can hear his latest single “Be Kind” on YouTube.

The music series brings free live music to downtown Whitesburg for 10 straight Thursdays through August 2. The series features a variety of genres from bluegrass to blues, classical to old time, Latin to legendary rock and roll in a family friendly environment.

The community is invited to bring a picnic, blankets and lawn chairs to the concerts. There’ll be food booths and the Whitesburg Farmer’s Market will be open from 4 until 7 p.m. Mountain Comprehensive Health Corporation will offer different health information and screenings each week. The events are located at the Mountain Heritage Village stage. Admission is free.