50 shades of erotica for fall books 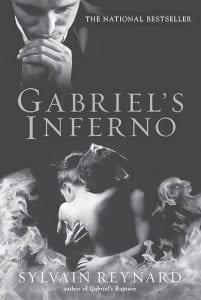 The “Fifty Shades” phenomenon may only get hotter this fall. 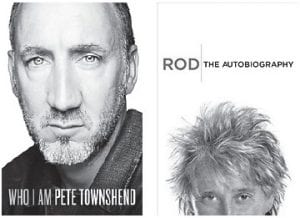 COMING THIS FALL — Among the new books scheduled for release this fall are autobiographies by rock stars Pete Townshend of The Who (left) and Rod Stewart.

“We’re in a moment of time, let’s put it that way,” says Louise Burke, Gallery’s publisher and executive vice president. “There’s a flurry of agents coming to us with books.”

Cindy Hwang, executive editor at Berkley Books and Sylvia Day’s publisher, says that thanks to “50 Shades” the door between erotica and mainstream fiction has been “kicked down completely.” The market, “this fascination with the uber-rich,” demands more masters of the universe, at least fictional ones.

Still, Hwang adds, “there will be other kinds of books.”

New novels have just arrived or are coming from James Patterson, Mitch Albom, Michael Connelly, Dennis Lehane, John Grisham and Patricia Cornwell. J.K. Rowling will find out how many of her adult “Harry Potter” fans are game for a book without wizards with “The Casual Vacancy.” Justin Cronin follows his best-selling “The Passage” with “The Twelve,” the second of a planned trilogy.

Ken Follett has a pair of projects: A TV miniseries of his epic Medieval saga “World Without End” is scheduled to air on Reelz Channel starting in October. And his new novel, “Winter of the World,” is the second of his “Century” trilogy on war. The author explained during a recent interview that “Winter of the World,” a World War II story running nearly 1,000 pages, was as an education for him.

“Before I started ‘Winter of the World,’ I didn’t know that the Nazis had killed thousands of handicapped people, that was completely new to me” he says. “World War II has been done so many times before that I needed to find something new. And I was so shocked and horrifi ed by this program that as soon as I read about it I knew I had to use it.”

Tom Wolfe, who helped define 1980s New York in “ The Bonfire of the Vanities,” has set the 650- page crime story “Back to Blood” in the contemporary “melting pot” of Miami, a sprawling canvas “full of hard cases who just won’t melt.” Michael Chabon keeps it close to home with “ Telegraph Avenue,” named for the famous stretch of his longtime residence, Berkeley, Calif. Zadie Smith’s “NW” is another local story, set in northwest London, where the author grew up.

Salman Rushdie’s “Joseph Anton” is a memoir which for its title uses Rushdie’s alias when he was in hiding after Iran’s Ayatollah Khomeini called for his death for the alleged blasphemy of “The Satanic Verses.” Chinua Achebe’s “There Was a Country” is a long-awaited memoir about the 1960s civil war in his native Nigeria. Short stories will come from Pulitzer Prize winner Junot Diaz and from an acknowledged master of the form, Alice Munro.

“There’s … a great finality to stories,” Diaz, whose novel “The Brief Wondrous Life of Oscar Wao” won the Pulitzer in 2008, wrote in an email to The Associated Press. “You’re in the world of them for a very short period and then they eject you out. Very bracing, a reminder of how life sometimes works.”

Rushdie’s ally Christopher Hitchens died of cancer last December, but his name will appear on a handful of books. Hitchens’ essays about his fatal illness will be published as “ Mortality.” Martin Amis has dedicated “Lionel Asbo,” a dark farce set in London, to his close friend, as did Ian McEwan for his novel “Sweet Tooth.” Meanwhile, two books will feature the late David Foster Wallace: Wallace’s essay collection “Both Flesh and Not” and D.T. Max’s biography “Every Love Story Is a Ghost Story.”

Bob Woodward’s “The Price of Politics” will test the Pulitzer Prize-winning journalist’s skill for scoops; Woodward promises a close, inside account of President Barack Obama’s economic policies, a subject in recent years of Ron Suskind’s “Confidence Men,” Noam Scheiber’s “The Escape Artists” and other books. Former FDIC chair Sheila Bair will give her version of the financial crisis in “Bull by the Horns.”

The May 2011 killing of Osama bin Laden is being remembered firsthand in “No Easy Day” by Mark Owen, a pseudonym for a former Navy SEAL (believed to be Matt Bissonnette) who was part of the historic raid in Pakistan. Bin Laden’s death has been a highlight of Obama’s term, but The New York Times’ “Five Thirty Eight” pollster Nate Silver doubts the book — or any others, Woodward’s included — will have an impact on the election, even if it’s critical of the president.

“Political books don’t usually have much effect in the short term. They seep into the culture and can affect things in ways that are hard to perceive,” says Silver, whose book on predictions, “The Signal and the Noise,” comes out in September. “(Baseball statistician) Bill James has said the way you know you’re really influential is when people start to cite your ideas without giving you any credit. It just becomes common knowledge.”

Jeffrey Toobin’s “The Oath” is a review of the current Supreme Court, right through Chief Justice John Roberts’ startling decision in June to uphold much of Obama’s health care legislation. Jon Meacham, the Random House editor and Pulitzer winner for his Andrew Jackson biography, has written “Thomas Jefferson: The Art of Power.” The book, which includes blurbs from such top historians as Gordon Wood and Doris Kearns Goodwin, was conceived in 2008, the year of Obama’s election.

“The appeal of the Jefferson book was in part of the emergence of a tall, cool, celebral president who affected a dislike for politics, but was awfully good at it,” says Meacham, a former Newsweek editor. “I also wanted to do my bit to redeem politics and politicians. ‘Politicians’ should not be an epithet; we have to trust our public affairs to somebody. I do think if people see that even Thomas Jefferson was a flawed politician doing the best he could, then perhaps there is hope for politicians today.”

A handful of works prove there is no age limit for the writing profession. Critic and anthologist M.H. Abrams, who turned 100 this summer, has a book of essays, “The Fourth Dimension of a Poem.” Herman Wouk, 97, and author of “The Caine Mutiny” and “The Winds of War” has a new and comic novel, “The Lawgiver.” One of the great scholars of early American history, 90-year-old Bernard Bailyn, continues his study of immigration to the colonies with “The Barbarous Years.” Beat poet Lawrence Ferlinghetti, 92, has a new book of verse, “Time of Useful Consciousness,” an expansive personal and social history which honors his beloved San Francisco.

Two of the season’s most notable music books come from another San Francisco institution — McSweeney’s, the publisher founded by Dave Eggers. Talking Heads leader David Byrne tracks the influence of his primary art form in “How Music Works.” Beck’s “Song Reader” is, in fact, a new album issued exclusively as sheet music. “Song Reader” is “an alternative,” McSweeney’s advises, “that enlists the listener in the tone of every track, and that’s as visually absorbing as a dozen gatefold LPs put together.”

Most rock stars will stick to the memoir: Neil Young, Rod Stewart, Pete Townshend, Courtney Love, sisters Ann and Nancy Wilson of Heart. Stewart, whose memoir is called “Rod: The Autobiography,” said during a recent telephone interview that he enjoyed the work — talking into a microphone, jotting down notes, a bottle of wine at his side.

“Me and Keith (Richards, author of the millionselling ‘Life’) and Pete — we’ve done it all. We’ve been there and seen it and we have a lot of stories to tell,” says Stewart, who calls “Rod” an “uplifting book. It’s not like Keith’s book, which is very dark.”

Or so he’s heard: “I’m not a great reader,” he says with a raspy laugh.

Kids can look forward to Rick Riordan’s “The Mark of Athena,” Book 3 of his “Heroes of Olympus” series, and to Jeff Kinney’s latest “Diary of a Wimpy Kid.” The very young might go for Dav Pilkey’s tonguetwistingly named “Captain Underpants and the Terrifying Return of Tippy Tinkletrousers,” while the very, very young can enjoy Norman Bridwell’s “Clifford Collection,” six favorite stories about the giant red dog whose 50th anniversary arrives next winter.

Humor books include the complete “Calvin & Hobbes” and the latest Calvin Trillin verse, “Dogfi ght: An Occasionally Interrupted Narrative Poem About the Presidential Campaign.” But the main event is a clash of titans, and titles: Stephen Colbert’s “America Again: Rebecoming the Greatness We Never Weren’t” vs. The Onion’s “Book of Known Knowledge: A Definitive Encyclopaedia of Existing Information.”

A promise from Colbert : “’America Again’ will ‘single-bookedly’ pull this country back from the brink. It features everything from chapters, to page numbers, to fonts.”

A response from The Onion: “Any information that could possibly be gleaned from Mr. Colbert’s book, or any other book, for that matter, can be found tenfold in ‘The Onion Book of Known Knowledge,’ which contains all information in the history of the universe. If such a reading endeavor should appear too daunting to readers, by all means, they should purchase Mr. Colbert’s book.”