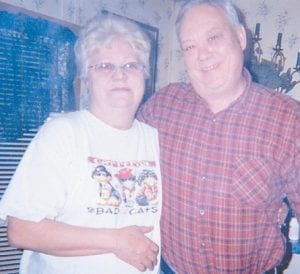 The children of Sue and Arius Holbrook of Sergent, invite everyone to come and celebrate their 50th wedding anniversary on Sunday, March 9, at the Sergent Methodist Church. The couple will have been married 50 years on March 7. They have four children, Lisa King, Steven Holbrook, Patricia Holbrook and Clay Holbrook, five grandchildren and two great-grandchildren. Church services will begin at 11 a.m. and the anniversary party starts at 2 p.m. For more information, call 633-7076. The couple requests that no gifts be presented.