“It was a lot of fun,” said LCC Middle School Head Coach Junior Matthews. “The kids had a ball. We had to beat some pretty good teams to get out of the region.”

The Cougars beat Caldwell County in the semifinals 30-0 on Nov. 1 at Lexington Catholic High School.

“To be there was exciting, but to win on Saturday was crazy,” said Matthews.

The Cougars’ four-game postseason winning streak came to an end on Nov. 2 in the state championship game against Christian Academy of Louisville at Bryan Station High School. The Cougars lost 42-14.

“They really had a good year and it was a great way to finish,” said Matthews.

The Cougars consist of students from Arlie Boggs, Cowan and Whitesburg middle schools.

This is the first Letcher County football team to play in a state championship game. 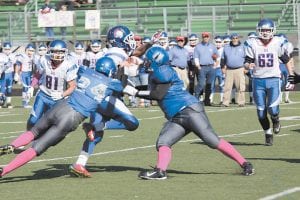 Layton Polly and Jonathan Sergent combined for a tackle in the state playoffs in Lexington. 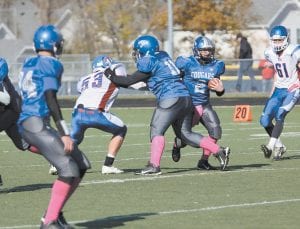 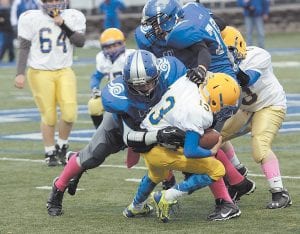