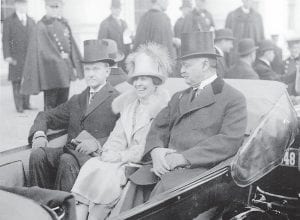 On March 5, 1925, The Mountain Eagle reported that President Calvin Coolidge was inaugurated for his second term in office on March 4, 1925. Above, Coolidge, left, is photographed en route to take the oath of offfice. (AP Photo) 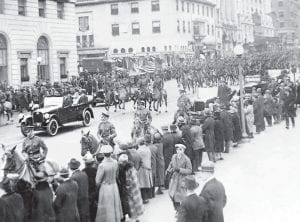 This photo shows the inauguration parade for President Calvin Coolidge on March 4, 1925 in Washington. (AP)