A celebration to remember 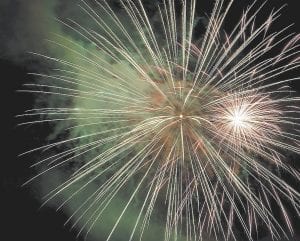 The City of Whitesburg held its annual Fourth of July Celebration and Fireworks Show Saturday night at River Park, and the event was a rousing success that will be remembered for years to come.

This year’s musical guest was Carlene Carter, a member of country music’s royal family, the Carter Family. Ms. Carter, 63, wowed the crowd with a show featuring a nice mixture of the country-rock music she has been performing since the late 1970s and music made famous by her grandparents, her mother, June Carter Cash, and her stepfather, Johnny Cash.

Among the show’s highlights were Carlene Carter’s renditions of Carter Family classics “Wildwood Flower” and “Little Black Train,” June Carter Cash’s “Ring of Fire” and “Jackson,” plus her show-closing version of A.P. Carter’s “Me and the Wildwood Rose/Will The Circle Be Unbroken.”

Making Ms. Carter’s show even more special was her friendly demeanor and her willingness to share stories of growing up with “Mother” Maybelle Carter, her mother June, Johnny Cash, her stepsister, Rosanne Cash, and her father, Carl Smith. 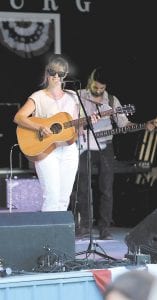 Acclaimed New Jersey “pop/soul” singer and songwriter Nicole Atkins used her booming voice to get the crowd warmed up for the appearance of Carlene Carter here Saturday. (Photo by Thomas Biggs)

The crowd especially enjoyed her story about performing in the early 1990s and insisting on wearing a small see-through plastic mini-skirt. She said she still has the tiny skirt, which now only fits her head as a rain hat.

The photos directly above show a sample of the great fireworks shows the city has become known for, Ms. Carter sharing a laugh with the audience, and Whitesburg Mayor James Wiley Craft and Councilman Mike Jackson, who helped organize he show. 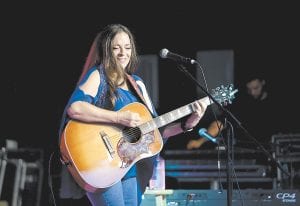 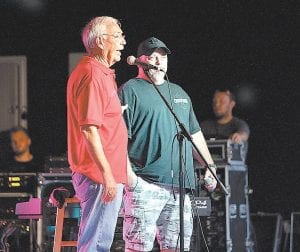 All photos by Thomas Biggs