A fall flower garden that worked 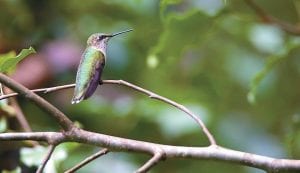 I never have much success trying to grow stuff from those “four for a dollar” seed packets at the Dollar Stores and other deep discount places, but I usually purchase a bunch anyway and then cry over my spilt milk.

This year, for example, I planted four packs of Detroit Red beets in one 20 foot-long row from packs that were supposed to individually seed 25 row feet. In other words I used way over four times as many seeds as the company recommended.

I figured that if they all came up, I could thin them out or even transplant the extra plants in another row.

In fact, I left ample space for a second row beside the original one, just in case. In retrospect I shouldn’t have wasted my time on the first row because, out of well over 400 seeds, I actually had four to sprout. I actually counted the seeds in one pack that had 122 seeds and all four seemed to have nearly equal contents.

I have had similar results with cheapo seeds of lettuce, carrots, radishes and such and, before you ask, the seeds packets all say that they were packed for whatever year I planted them.

I will say , however, that I have had reasonably good production over the years from several varieties of flowers such as zinnias, cosmos, marigolds, asters and such from the same company and in the same price range — but not with their autumn sunflowers.

Actually the germination rate on the sunflowers was not as dismal as the veggies, but it is still far below acceptable. In early July I planted four packs of “autumn mix” sunflowers, two of which had exactly 27 seeds. I counted and assumed the other two were reasonably close to the same amount. At the end of September I have exactly 13 plants blooming or getting ready to before the week is out. That’s a germination rate of about 13 percent.

I also planted a single pack of zinnias, same brand, off the same shelf, purchased on the same day, among the sunflowers there along the fence row and I have at least three times as many zinnias as I do sunflowers. I didn’t count the zinnia seed, but it did not seem that the company had been any more generous with them than they had been with the sunflowers but it certainly appears that the zinnia germination rate is at least 100 percent. I say “at least” because some of them are so close together that it looks like the same seed came up twice.

These sunflowers are all varieties that only grow to about 20 to 30 inches tall. The packets “guarantee” that the buyer will have at least six different varieties or different color combinations in each packet and as many as 26. In other words, they mix up 26 varieties in equal amounts and hope that the machine they use to pack them does a reasonable job of assuring some variety in the varieties.

At this writing I do have three distinctly different color combos among the eight that have bloomed out and two of the five that are almost ready, judging from the bud sizes, are going to be much different than the opened blooms. The zinnias are already a virtual rainbow that promises to get better every day between now and the first hard frost.

The first time we tried this fall flower garden was in 2012, then we did it again in 2014. In both 2013 and 2015 I simply forgot to purchase seed in time to plant them because it’s pretty hard to think about planting anything when the weather is at near drought conditions and the temperature is closing in on 100 every day.

In the two previous years I paid upwards of three bucks a pack for the mixed fall sunflower seed at Garrard Hardware and had excellent germination from single packets. The zinnia seed , in previous years, came from dried seed pods on plants that were still blooming profusely in July from the spring plantings.

This year I happened to be in a Dollar Store in July looking for something else, when I happened upon the flower seeds and decided I’d better scarf them up because it was already getting late to plant them. Ideally they should be planted in mid July because that will put them to flowering toward the end of September when they seem to thrive during the first few weeks of autumn.

Even though I’m pretty disappointed with the germination rate, I am mighty glad I bought the seed because I’ve gotten my money’s worth many times over in satisfaction from the relatively few that are blooming.

We are not sure there will be enough seed to share with anybody other than the birds, but you can rest assured that Loretta and I will be watching them like hawks and trying to harvest the seed before the doves get to them. If do succeed in that effort, I will expect a far, far better germination rate come 2017.