A little good news from Frankfort 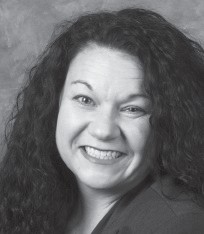 While the effort to turn legislation into laws tends to dominate activity at the Capitol during the first few months of year, that’s not always the case. We saw a good example of that last week.

On Thursday, for example, other legislators and I gathered in the House chamber to hear Governor Bevin give the annual State of the Commonwealth address. Taking a more bipartisan – and welcome – tone, he highlighted areas where there is broad agreement, such as the need to do more to fight the opioid epidemic and to make it easier for those in foster care or awaiting adoption to find loving homes.

He also focused on another issue that draws broad support: school safety. The Senate passed a bill addressing that very matter last week while the House heard more testimony on an identical bill filed in our chamber This legislation, which calls for such things as adding more school resource officers and mental-health professionals to our schools, promises to be one of the biggest accomplishments this legislative session.

In other good news last week, a close friend and fellow House member finally learned – three months after the election – that he would be able to serve his full two-year term without any more challenges.

As you may remember, Representative Jim Glenn of Owensboro won his election in November by a single vote. His race was certified by local and state election officials, but the losing candidate petitioned the House to review the election. The central debate concerned 17 absentee ballots that were unanimously rejected on election night for not complying with state law.

A recount a little more than a week ago led to some of those rejected ballots to ultimately be considered compliant, and that in turn led to a tied, but contested, outcome. Until Friday, it appeared that the race would either be decided by a coin flip or in court. Thankfully, Rep. Glenn’s opponent chose not to go that route and conceded the race.

If there is a silver lining to this case, it is that it will likely result in legislation that improves how close House and Senate elections are decided in the future. No one was well served by the politized process used this year.

In other good news last week, Kentuckians learned that both the well-established bourbon and the still-new hemp industries are doing quite well.

Under the former, officials announced that, in the last decade alone, sales of the spirit and stops along the Bourbon Trail are up dramatically. There are almost two barrels of bourbon now aging for every citizen in Kentucky.

As for hemp, which is now fully legal under the recently passed federal Farm Bill, Kentucky could see more than 40,000 acres of the crop planted this year. That’s up from 16,000 last year.

Not all of the news last week was good. Our own region, of course, was devastated to learn about the loss of the EnerBlu project, which would have had such a major positive impact on our economy. I am committed to doing all I can to help us recruit other new businesses to take its place and to boost current ones that already call eastern Kentucky home. We must not and cannot let this set us back.

Because odd-year legislative sessions are half as long as those in even-numbered years, they almost seem like they’re about over just as they start. The current one will pass the halfway point next week, meaning there is relatively little time to decide how to handle dozens of issues.

With that in mind, I want to thank everyone who has reached out to me here at home or in Frankfort, either in person or by phone or email. This dialog is extremely important, because it helps make sure I am truly representing our district to the best of my ability.

Please continue letting me know your views. You can always email me at Angie.Hatton@lrc. ky.gov, and you can leave a message for me or for any legislator at 1-800-372-7181. For those with a hearing impairment, the number is 1-800-896-0305. These numbers are staffed during normal business hours each weekday.

In addition, a lot of information, including the full text of bills, can be found online at the General Assembly’s website: www.legislature. ky.gov.

I hope to hear from you soon.