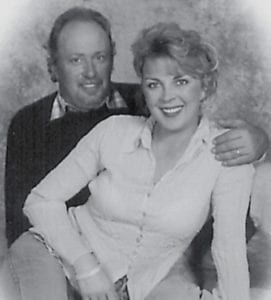 Sometimes a writer just has a gut feeling that there is a story that needs to be told and pursues that notion.

Paula Sexton called me in March about getting her band, Legacy, booked to play music at the Jenkins Homecoming Days Festival in August. I liked her before I met her. Over the phone I could sense the excitement and sincerity in her voice. She was a member of the band and also the agent for the group. She talked fast like she was afraid I was going to give her a brush-off before she could sell me on the idea.

“The money is not the most important thing,” she said excitedly. “We just want an opportunity to show you what we can do. We have been trying to get booked at Jenkins for years and each time we would think we were so close then we would get bumped at the last minute. We were so disappointed. We have played at Neon Days, Isom Days and the Mountain Heritage Festival at Whitesburg but never Jenkins.”

We talked at length and I asked a lot of questions as I hurriedly took notes to present to our committee for consideration. I explained that most of the prime time slots were filled and that I might be able to book her early Thursday evening, August 23.

“We will take any day and time we can get,” she said submissively. “We just want a chance to get our feet in the door. Some of our band members work day jobs but they can make arrangements to get off work for this opportunity. We know you will like our music then maybe you will want to book us again next year in a better slot. We play country, soft rock and rhythm and blues. We like to play a variety of music and we almost always play songs that are instantly recognizable by our listening audience; something they will want to sing along too.”

I was already getting to like the band I had never heard. I liked the concept of playing eclectic music and besides I’d been looking for an opportunity to use the word eclectic even if I used it incorrectly. Seriously, I like the type music she described and furthermore our committee had already decided to book a wide variety of music so there would be something for everyone.

Paula said she would send me a rough-cut CD and made me promise to listen to it and call her back and let her know what I think. I got the CD a few days later and popped it into my player. I think I was as excited as she was after the build-up she gave the Legacy band. Quite honestly, I was afraid it would be terrible and I would have to come up with some flimsy excuse to not book them.

After listening to it with an open mind my fears were assuaged (that’s another word I wanted to use) and I passed the CD around for the other committee members to listen to. We all liked it and decided that the band deserved a better slot so we moved them to 6:00 Friday. When I called her back to tell her that I was mailing her a contract she was ecstatic. “This is a dream come true for us,” she said in a very appreciative voice. She then began telling me how the band came into existence.

When she and Troy were dating in 1996, she enjoyed listening to him sing and play guitar for his own entertainment. She recognized his talent and encouraged him to develop it. He was reluctant because he did not have the self confidence to try to perform in public. She continued encouraging him and he finally joined his brother Tony’s band called Rocking Horse.

They were married in 1997. Paula secretly had a desire to perform but she did not have any musical training and was too shy. She had enjoyed singing in church but she could not play any instrument. When the Rocking Horse band lost its drummer the group bought a drum set and a book on how to play drums. Paula set up the drums in the kitchen and with a VHS tape she practiced incessantly until as she said, “she nearly drove her family crazy.”

Within six months she had gotten the feel of the instrument and was ready to join the band. They tried to get her to sing but she didn’t think she was good enough. With much encouragement she reluctantly agreed to sing backup vocals.

They formed a new band in the year 1998 and called it Legacy. They made their debut at the Neon Days Festival that year.

“That was before they built a stage and they had set up a truck trailer for a stage,” said Paula. “The trailer was close to the brick wall but there was an opening between them. It was really crowded on the stage and I move around a lot when I’m playing drums and I darn near fell through the hole. We were so excited about this being our first show as a group. I remember that my hair was shaking and I was hyperventilating. Once we got through that first show I became more comfortable.

“Through the years we have gotten lots of bookings at festivals, reunions, family picnics, company picnics and nightclubs. We have had several band members come and go but the core of the group, Troy, Tony and I, have kept the band active. We try to keep five members. Just for sake of stability I have also learned to play keyboard and bass guitar and sing lead vocals occasionally. Isom Days was the biggest crowd we ever played. The other band members were kidding me about getting choked up but as soon as we got started playing and we could see that the crowd was enjoying our music we got into our groove and felt comfortable.

“Our biggest thrill and adrenaline rush was when we played at the 2005 Mountain Heritage Festival in Whitesburg. The crowd was standing room only. We had a double drum set that made the beat more pronounced. Even though they were not playing exactly the same way, they were still synchronized. We believe we were the first to use a double drum set in this area but since that time other bands have tried the concept. The effect is awesome.”

We arranged a meeting recently at Hardee’s in Jenkins so Paula and Troy could bring me a photograph and we could continue the interview. We managed to find each other quite easily from our self description. I told them I would be wearing a green bluegrass music t-shirt and a WMMT-Radio baseball cap. They sat closely together and excitedly answered my questions identically and many times finishing each other’s sentences. They told me how they loved music and the money is secondary. The money will barely buy instruments and travel expenses. They were especially proud of the benefits they play to help other people. On one occasion they had a friend who was terminally ill with pancreatic cancer and the family was having trouble buying medicine.

“I got together some other bands and we did a show at the Neon American Legion Post 104. We raised a little over $1,000,” said Paula. “His medicine cost about $1,000 a month and it was gratifying to know that we were able to ease his suffering during his last days.”

Paula said she had worked many different jobs, mostly in dealing with the public, and along the way she was able to take some classes in business and computers at Southeast Community College in Whitesburg. Currently she stays busy as a housewife. Troy had worked briefly in an underground coal mine and several years as a heavy equipment operator at a surface mine. He was forced to retire early after a severe heart attack. Troy’s brother, Tony, is retired from Coca-Cola Company. They live at Jackhorn and have four children collectively and four grandchildren.

They then began to relate to me how they met and why the Jenkins Festival gig is so important to them. Troy and Paula had known each other from a distance but had never had a personal relationship. Both went to the 1995 Jenkins Days Festival alone. Both had parked on Main Street and were walking alone toward the city park to enjoy the entertainment. They started talking as they walked and ended up sitting together for the evening. Conversation flowed freely and never stopped.

They liked each other and learned they had a lot in common. Both were going through a divorce and both had two kids. (So, that explains how you get four kids and four grandchildren in 10 years of marriage.) They both enjoyed music, hiking, camping, ginsenging and restoring old cars and trucks. After this bit of serendipity they talked often and eventually began dating.

Two years later they were married. Each year they returned to the Jenkins Days Festival where they had met. “Even if we had planned something else,” said Paula, “we would change our plans so we could go back where we had met. That place and that event will always be special to us. The best part is, this time we will be playing music where we have always wanted to play and most importantly this will be our 10th anniversary.”

Legacy is scheduled to play at the Jenkins Homecoming Days Festival on Friday, August 24, at 6 p.m. I’m sure it will be their best performance ever.

The name of our festival is changed slightly by adding the word Homecoming. We are creating a friendlier atmosphere and we want to encourage our people to schedule their family and class reunions around our festival. The schedule of events will be published soon and the committee is working hard to make sure this is our best festival ever. For additional information, call Jenkins City Hall at (606) 832-2142, or Chuck Anderson, project chairman at 832-4937. All 14 food booths are booked. There are a few spots left for arts and crafts, novelties, businesses and such. Vendors, call Ked Sanders at 832-4122 for information about a spot. The festival is scheduled for August 23-26. The Thursday, Friday and Saturday entertainment will be held downtown and in the city park. A Civil War skirmish will be held at the Little Shepherd Amphitheatre site up on the mountain above the high school on Sunday, August 26. Folks, you don’t want to miss one hour of this festival.