A miracle gift from the Gateses 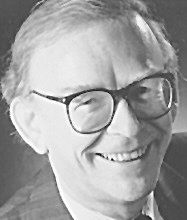 Call it, if you will, the unlikeliest marriage in the world – high-flying capitalist dollars earned by multibillionaire Bill Gates flowing to a network of Asian, African and Latin American slum dwellers who are often obliged to struggle for shelter, fresh water, even access to a toilet.

But in a Thanksgiving Day announcement, the Bill and Melinda Gates Foundation made it official: It is making a $10 million operational and development grant to Shack/Slum Dwellers International.

The group, known by the initials SDI and formed in India in 1996, is a loose network of grassroots organizations of the urban poor. It’s grown to millions of members in 24 nations, cities spread from Manila to Cape Town, Mumbai to Sao Paulo. Typically, members are women ready to share their meager savings in collective efforts to upgrade their homes, secure titles to the land their houses sit on, build a latrine block, perhaps start a school.

Slum dwellers sit right across the table from local government authorities, designing projects and negotiating how they’ll be financed and carried out. It’s a far cry from aid programs conceived elsewhere and then imposed by the United Nations or World Bank, said Jockin Arputham, the charismatic veteran leader of the National Slum Dwellers Federation of India and resident of Mumbai’s massive Dharavi slum, in a telephone interview.

In fact, it’s the failure of the big international aid agencies to materially improve the condition of the world’s slum dwellers – estimated at 1 billion and growing – that’s drawn special attention to SDI.

SDI’s neighborhood organizations, notes Gates Foundation program officer Melanie Walker, “have an amazing track record. They have buy-in at the community level – it’s not outsiders imposing some program. This comes from the heart of the community – people who have ‘skin in the game.’ They’re vested in the work. They do it all themselves.”

Affordable housing expert David Smith defines the breakthrough in other words: “SDI has cracked the problem of creating bottom-up pressure that catalyzes the poor from inchoate mass into an effective, intelligent counterpart of government and the private sector.” Smith’s nonprofit Affordable Housing Institute will help SDI implement the Gates grant.

Gates’ Walker acknowledges it was “a little bit scary” to contemplate granting $10 million to “people without a bank account.” But Gates watched SDI operations for some time and then decided to go ahead after meeting several members of its leadership team at a Global Urban Summit organized by the Rockefeller Foundation in Bellagio, Italy, last July.

There’s some parallel in the Bill Gates and SDI stories, says Walker – both entrepreneurial, both risk-taking. “We’re basically betting on their track record and integrity,” she notes, adding: “We expect our $10 million to be matched several times over by governments and previously unhelpful municipalities.”

Sheela Patel of Mumbai, SDI’s board chair, says that through the grant, the Gates foundation “is also learning how the poor themselves can be serious actors in the development process” – possibly a big breakthrough for global funders.

But until I contacted Joel Bolnick, an SDI director and founder from Cape Town, it wasn’t clear how critical the Gates money may be, as Bolnick puts it, “in the hands of people who are homeless and landless directly – turning them from being beneficiaries into partners.”

Most often, he said, when local groups demand that government give land, housing or infrastructure for free, “they get none of it.” But, he notes, SDI affiliates “have resources, networks, capacity and savings they can put on the table.” And with the Gates money, they’ll be even stronger than that, able to say in negotiations with a government in India or Cambodia, for example – “If you can’t help us here, we’ll take the money and put it on the table for a deal in Zambia instead.”

If the idea of slum dwellers playing one country against another surprises you, try this one: slum dwellers as venture capitalists.

As David Smith puts it, SDI five years ago was still getting its sea legs, not yet Internetsavvy, not yet organized with an effective secretariat office in Cape Town. It couldn’t have handled a Gates-sized grant. But it’s now matured, he asserts, with sufficient experience and savvy “to leverage the capital into ongoing partnerships and income streams.”

The very strength of the Gates grant, says Smith, is that it represents unconditional, true risk money. Of course, this means that some deals may fail, some of the money may be lost. But like private investors, SDI can learn from failures, gain from experience and start to build true equity. “It’s venture capital for self-taught, self-chosen, effective entrepreneurs.”

Connect that thought back to the wretched conditions, the perils of sickness, exposure, even early death that so many of the developing world’s slum dwellers face. Did someone say Thanksgiving Day miracle?