A pageant, a parade, and wheels 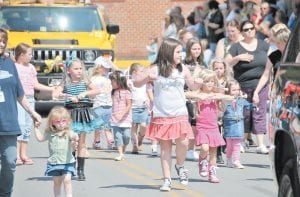 With girls competing in the Mountain Heritage Festival Beauty Pageant, children parading during the annual Neon Area Days festival, and cool cars arriving from all over the country to take part in the Heritage 2K9 car and truck show, Letcher County was a hub of activity over the weekend. 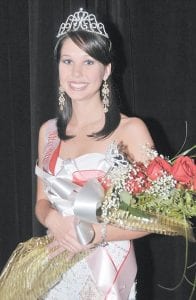 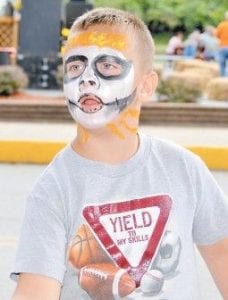 D.J. McCall had his face painted to mark the arrival of the 2009 Neon Area Days festival. 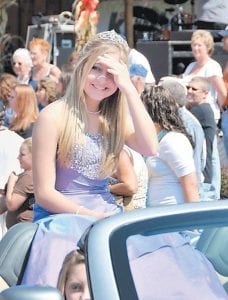 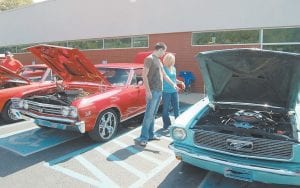 COOL CARS — Eric Potter, of Hemphill, pointed out a detail on a car to Brittany Maxie, of Whitesburg, at the Heritage 2K9 c ar and truck show held ne ar Mountain Comprehensive Health Corporation in West Whitesburg on Sept. 12. Potter said he has attended the past four shows, while this was Maxie’s first time. Potter said he attends each year “to see all the different vehicles and to see what new stuff people come up with.” 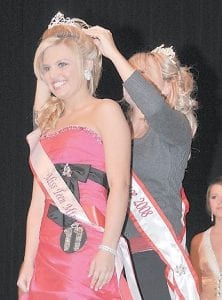 ALL SMILES — Courtney Fields, a student at Letcher County Central High School, smiled as she was crowned after being named Miss Teen Mountain Heritage for 2009. Twelve girls competed in the pageant. 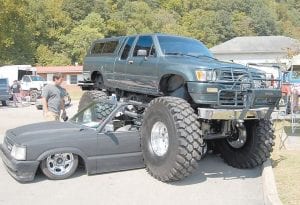 WORTH THE TRIP — Jonathan Tobin, of Hampstead, Maryland, looked at two trucks featured at the Heritage 2K9 car and truck show on Sept. 12. Tobin has traveled to many custom auto shows and said the Heritage 2K9 event was worth the 12-hour drive he made with a friend. “This is definitely up there,” said Tobin. “The trucks are amazing. This is a nice little town.” 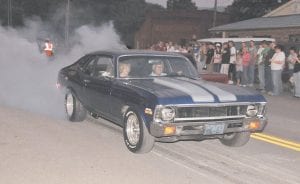 BURN-OUT CITY — Smoke and the smell of burning rubber were in the air in downtown Whitesburg on Friday nigh t as participants in the H eritage 2K9 c ar and tr uck show were allowed to do “b urn-outs.” 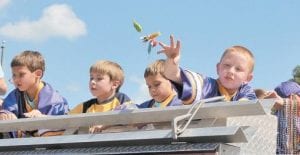 Above, Fleming-Neon Elementary School football players rode atop a fire truck and tossed candy to parade-goers during the Neon Area Days Parade. Pictured at right is Samara Adams, who cruised through the parade on the top of a pickup truck. 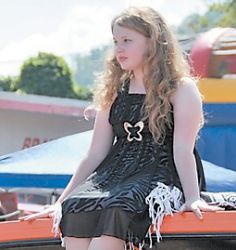