A second wave of reflection 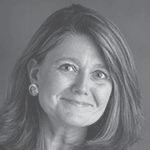 For decades, an old metal sign used to hang over the toolshed at the coal-fired plant where my father worked. Now it sits on top of the bookcase in my campus office.

It is about 2 feet by 3 feet in size and painted dark green with large white block letters that read:

The message is a denial wrapped in an insult: Don’t blame management if you’re stupid enough to be injured or killed while producing raw electricity for northeast Ohio, 24 hours a day.

Thank God for the union.

For 36 years, my father was an active member of Local 270 of the Utility Workers Union of America. I learned at a young age that for people like my family, our only power was in our numbers. We had to stand together and overlook petty differences to be a force for the greater good.

The union hall was the community center for entire families. It was where we went for fish fries and holiday parties and gathered to hear political candidates make their promises before we stuffed envelopes for their campaigns. Looking back on this dying way of life, I see how valuable the union was in keeping multiple generations talking to one another. It was not unusual in the 1960s for a family to have two or even three generations of workers in the same factory or plant. All of us children got to feel like cousins, and other kids’ grandparents treated me like one of their own. Solidarity was our shared bloodline.

Union life was full of lessons, some unintentional. At a young age, I noticed that men ruled and women served. This most likely contributed to my early restlessness, but it fueled my ambitions, too, as a small-town girl with big ideas. All these years later, I can still hear the exasperation in my father’s voice as he demanded an explanation from 17-year-old me.

What did he think he’d been teaching me all those years? If the lesson was that we were stronger together, then surely that was just as true for women as it was for guys at the plant.

“You made me,” I told my father many times over the years. My commitment to feminism was as natural an outcome of my upbringing as the hospital corners that hug every mattress in my house. A part of Dad, I think, didn’t mind taking credit for that part of me.

There’s some tension lately between my generation of feminists and some of the younger women eager for a foothold in deciding what comes next. A lot of talk about how we’re “second-wave” feminists, which is apparently code for “one sensible shoe in the grave.”

The tension was illustrated recently in a tweet by The Verge’s Laura Hudson:

“I have great respect for the contributions that many older women made to the feminist movement, at times when it was harder than I have ever experienced.

It is also time for them to listen, to learn, to step aside.”

That went over about as well as you might expect with many of my generation.

As I responded to Hudson on Twitter, there is a difference between stepping aside and making room. I recommend the latter. We need one another.

I understand the outrage from some of my fellow grave-teeterers, but I can’t get too worked up about this. It’s counterproductive to lecture younger feminists, pointing out all the ways women like me feel disrespected. Nobody wants a cranky grandmother demanding her due. If I’m a feminist, then I have to be one all the time, not just when I feel adored.

One of my favorite pictures of our eldest granddaughter sits next to that sign from my father’s plant. In the photo, she isn’t quite 3, but my, how she fills that frame. She is wearing her outfit of choice, sized just right: a yellow hard hat and a construction worker’s bright orange vest, with a tool belt strapped to her waist and goggles dangling on her chest.

It’s the look on her face that gets me. Her chin is high, her gaze focused straight ahead. If ever she has a time in her young life when she feels uncertain of herself, I’m going to wrap my arm around her and show her that picture.