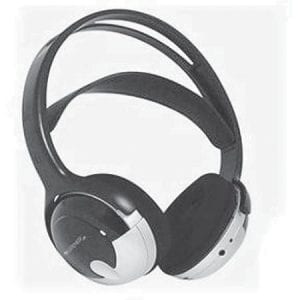 Columnist Ike Adams, a Letcher County native, says these “TV Listener” headphones have made life much easier for him and others at little cost.

I am not deaf, but my hearing is such that the most used words I utter are “what?”, “say that again”, “sorry but I didn’t understand that” or if I’m on the phone, “would you talk a little louder the battery is about dead on this phone?”

I suppose it’s the price I’m paying for way too much loud music in my younger days and too much shotgun shooting without ear protectors. Or maybe it’s just part of being in my not so golden years.

Whatever the reasons may be, I am hard of hearing and I have yet to determine whether the affliction is more aggravating to me or to whomever I’m trying to converse.

However, the bigger problem caused by my hearing difficulties has to do with watching television. If it’s loud enough for me to hear and understand, then it is uncomfortably too loud for everybody else in the room.

Loretta has been known to wear earmuffs to deaden the sound when watching TV with me. 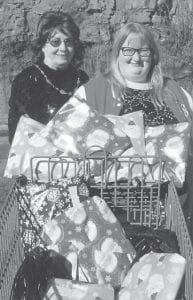 But that was before last summer when Dick Edwards, a retired UK engineering professor turned novelist, and I began corresponding and discovered that neither of us could make much use of a telephone. Dick told me that he had found some WiFi headphones called TV Listener that had literally changed his life and made it possible for him to hear his TV for the first time in years.

I was skeptical because I had already tried three different kinds of headphones. I will spare you the details but, quite frankly, I had yet to find anything that worked very well and I’d already blown upwards of $400 trying. The only ones that worked great were wired and could only be used from the headset jack on the front of our TV and that turned off the speakers for everyone else. And before you start telling me there are ways to solve that problem, I need to tell you that I consulted with several electronics wizards who failed miserably after making the same claim.

On the other hand, I had gotten to know Dick well enough that I respected his opinion so I got the manufacturer’s name from him. He told me he had paid about $60 for his set. I went to eBay and found a used set with two headphones for $25, and that included shipping charges, and decided to gamble. I figured I could afford to lose the 25 bucks if the device didn’t work.

I intended to write these things up before Christmas because, like my friend Dick Edwards, they have proven to be life changing. I doubt there was ever a time in my life when I could hear better and as distinctly as I now can when I watching television. The sound quality is as good or better than a $350 set of wired Bose headphones I frequently use with computers.

My brother, Keith “Keeter”, on a recent overnight visit, tried on the spare set and wouldn’t take them off, and there’s nothing wrong with Keeter’s natural hearing. He simply fell in love with the absolutely dynamic stereo separation and sound clarity the headphones produce. I catch Loretta using them too, for the same reasons, and Loretta can hear the dog pass gas from our bedroom even when he is upstairs and in a room on the other side of the house. Do not ever think that you can whisper behind my wife’s back and prevent her from hearing every word you utter.

Anyway, the set I have was purchased new at an electronics store in Connecticut in August, 2005 and if the later models work better than mine, I’d have to hear it to believe it. The only other things that have changed my life for radical betterment as much or more than my TV Listener are discovering Parkinson’s medication, Sinemet, and having cataract surgery on my eyes. The former enabled me to walk again and the later brought back my sight. The Listener enabled me to enjoy television for the first time in over a decade.

If you or a loved one have difficulty hearing your TV without being a nuisance to everybody in the house, you owe it to yourself to give the Unisar TV Listener a try. They work wirelessly on an infrared signal produced by very small broadcaster that installs on your TV or service box in less than 30 seconds, start to finish. At least that’s as long as it took me to hook mine up using just one hand. Two AAA batteries last about four months in mine.

I can’t speak for later models except to say that Dick Edwards is very, very happy with his and they are much newer than the Unisar model tv777 that I am using. There may be other manufacturers of these things, but I’d bet big $ that there aren’t any that would please me any better.

It’s probably too late by the time you read this to get them for Christmas, but if anyone in your household insists on turning the TV up way too loud, here’s a solution to that problem.