Abdoo named Alumnus of the Year 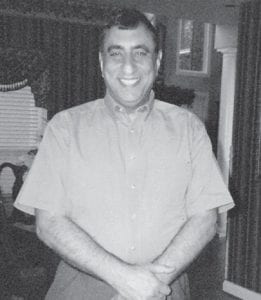 Fleming-Neon native Lloyd Abdoo has been named Cumberland College’s Alumnus of the Year.

He is the son of the late Frank and Jenny Abdoo, and earned a bachelor of science degree from the college. His studies also included a degree in public services administration with concentration in business administration and accounting.

While working at the Holiday Inn in Williamsburg, Abdoo provided lunch to Cumberland professors Nell Moore and Scholar Fuson along with other faculty and staff members. As a student, he helped other students by employing them and for 50 years has hired Cumberland graduates, many of whom now hold positions in the hospitality industry.

Abdoo is a hotel developer, owner and operator, and has received numerous honors and awards in the hospitality and food and beverage industries. He provides rooms and meals to Cumberland athletes at no charge, and hosts a summer football coaches retreat.

He and his wife, Teresa, have two sons, Jonathan and Steven.