ACADEMIC TEAM MEMBERS HONORED BY BOARD 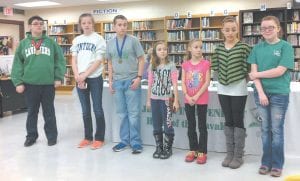 Members of the Jenkins Middle School Academic Team were honored at the January meeting of the Jenkins Independent Board of Education. Among those students attending the meeting were (not pictured in order) Jamie Hall, Jacob Bentley, T.J. Thompson, Abigail Bentley, Miranda Milam, Julie Kiser, and Makala Stambaugh. 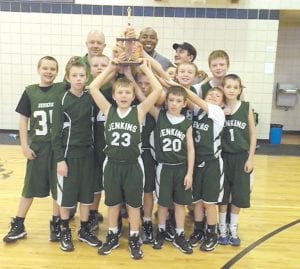