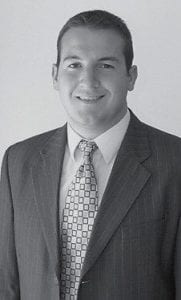 ACCEPTED – Caleb Howard has been accepted by the Kentucky State Board of Embalmers and Funeral Directors to serve his apprenticeship at Everidge Funeral Home. Howard was graduated from Whitesburg High School and received a bachelor of arts degree in business administration from Alice Lloyd College in 2007. He became interested in the role of a funeral director while serving in the ministry. He and his wife, Erica, reside in Whitesburg. He is the son of Bobby and Debbie Howard, and the grandson of Herbert and Pauline Standifer and the late Bill and Cinda Howard.