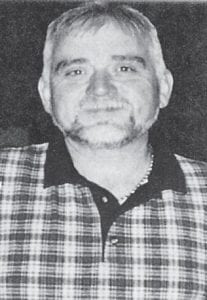 Funeral services will be held today (Wednesday) for a Payne Gap man who died Sunday evening after a tree limb struck his chest.

Gary Bentley, 53, of 55 Cargo Lane, had cut down a large tree on his property on Oct. 24 when a limb swung back and hit him in the chest. He was pronounced dead at the Whitesburg hospital.

Bentley, an employee of Kentucky Power Company for more than 30 years, was known in the community as a man people could count on to help fix problems when electricity went out.

“He would come out at all hours of the night to take care of downed power lines,” said Dr. Sam Quillen Jr. of Neon. “He was always quick to respond. He never complained. He always had a wonderful smile on his face.”

Quillen said people who don’t like to get an automated response when they call the power company to report power outages would call Bentley at home so they could speak with a local person.

“Everybody would call Gary at his house,” said Quillen. “He would be very gracious about giving information.”

“He was just a really nice guy,” said Bolling. “No matter if it was day or night he was always the same nice guy.”

“He was such a pleasant person,” said Quillen.

Bentley was a son of Harvey and Emma Jean Sergent Bentley. He is survived by his wife, Mary Jane Lively Bentley; a son, Kevin Fleming and wife Amber of Lexington; three daughters, Candace Whitaker and husband Brian, Janeal Anderson and husband Jamie, and Whitney Bentley, all of Payne Gap; a brother, Keith Bentley of Kona; seven grandchildren, Kaitlynn, Cameron, Riley, Raygan, Chloe, Kennedy and Keagan; and a nephew, Shannon Bentley.

He was preceded in death by a brother, Mark Bentley, and a niece, Mandy Bentley.

Funeral services are set for 1 p.m. today at Letcher Funeral Home. Burial will follow in the Bentley family cemetery at Payne Gap.