Acker killer to get hearing as result of lawsuit 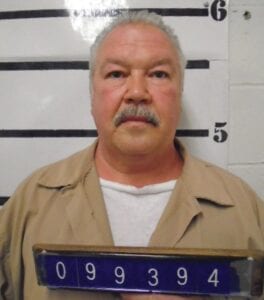 A lawsuit challenging the authority of the Kentucky Parole Board to deny parole permanently after a prisoner’s first hearing has led to a new parole eligibility for Acker killer Donald Terry Bartley, despite having been denied parole permanently nearly 12 years ago.

While he will be eligible for parole in July, he still must face a hearing with the board, and there is no guarantee that he will win release.

Bartley, along with Roger Dale Epperson and Benny Lee Hodge, was convicted of murder in the brutal stabbing death of 23-year-old Tammy Acker in her Fleming-Neon home in August 1985 and the beating and strangling of her elderly father, Dr. Roscoe J. Acker.

Bartley confessed and testified against his cohorts. He was sentenced to life without parole for at least 25 years, and 999 years and 99 months in prison. He made his first visit to the Kentucky Parole Board in November 2009, and the board denied parole, telling him he would “serve out.”

Jennifer Brislin, communications director with the Kentucky Justice and Public Safety Cabinet, said at the time that Bartley would spend the rest of his life in prison. 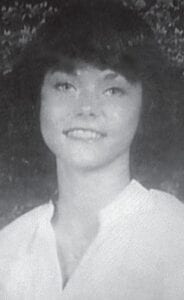 Tammy Dee Acker was preparing to return to the University of Kentucky when she was brutally murdered at the Fleming- Neon home of her father in August 1985.

“It was a unanimous decision by the parole board,” said Brislin. “The parole board members generally don’t speak out on what their rationales are.”

But now the parole board has had second thoughts, given a lawsuit filed by a different prisoner.

“As a result of ongoing litigation, effective April 1, 2021 the Kentucky Parole Board issued a directive changing its policy regarding any inmate serving on either of these life sentences,” said Katherine Williams, current Public Information Officer and Open Records Coordinator for the Kentucky Department of Corrections. “The Parole Board directive says going forward the board will not issue a ‘serve out’ on a life sentence for individuals who are going up for parole for the first time, but a ‘serve out’ can be issued at their second appearance before the board.”

The decision was also made retroactive, so it affects prisoners like Bartley who were told they would have to serve out on their first visit and never had a second hearing.

“In addition under the new directive, any inmate serving on these two types of life sentences who received a serve out at their initial parole hearing would have that serve out converted to a 10-year deferment period and will be seen by the parole board 10 years later. It is also important to note that parole eligibility only allows the offender the opportunity for a parole hearing and is not a guarantee of release,” Williams said. “Again, this directive is in direct response to litigation and to head off future litigation.”

That means Bartley will go before parole board panel in July for a second attempt to get out of prison. The dates for the July board hearings have not been released.

While his two codefendants were sentenced to die, only Hodge remains on Death Row for the Acker killing, though both he and Epperson are still on Death Row for the killings of Edwin and Bessie Morris in Jackson County, about two months before the murder of Tammy Acker. Epperson’s sentence in the Acker case was converted to life in prison without any possibility of parole on the condition he drop a federal court challenge.

Bar t ley has served much of his sentence in Northpoint Training Center at Burgin, Ky., but was transferred to the Eastern Kentucky Correctional Complex at West Liberty in 2010. He was transferred back to Northpoint in 2016 and has remained there ever since.

The st ate’s victim notification system listed Bartley’s eligibility last month, but an offender search still shows he is to serve out his sentence.