Acker killer will stay in prison until death 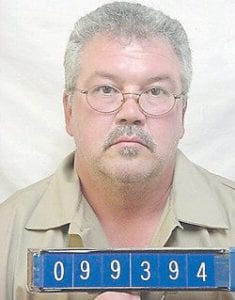 One of Letcher County’s most notorious killers has been denied parole and is expected to spend the rest of his life in prison.

A request for parole by confessed murderer Donald Terry Bartley, 51, was denied Nov. 2 by the Kentucky Parole Board. Bartley will spend the rest of his life in prison, said Jennifer Brislin, communications director with the Kentucky Justice and Public Safety Cabinet.

"It was an unanimous decision by the parole board," said Brislin. "The parole board members generally don’t speak out on what their rationales are."

Bartley, of Evarts in Harlan County, pleaded guilty in February 1988 to taking part in the August 1985 murder of 23-year-old Tammy Dee Acker and the robbery and attempted murder of her physician father, 79-year-old Roscoe J. Acker of Fleming-Neon.

After testifying against Epperson and Hodge, Bartley was sentenced to life in prison without the possibility for consideration for parole for at least 25 years. He was also sentenced to a life term in prison of "999 years and 99 days." Bartley is now an inmate at the North Point Training Center in Burgin, Ky.

One response to “Acker killer will stay in prison until death”