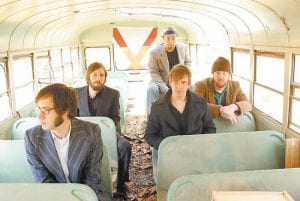 Lauderdale of the Muscle Shoals area of North Alabama will perform at Summit City in Whitesburg on Friday, May 15.

Three straight nights of live music are on tap this week at Summit City, as southern rockers Lauderdale, country rocker Chris Janson, and singer-songwriter Mitch Barret all return to Whitesburg for repeat performances.

The “Muscle Shoals sound” of North Alabama returns to Summit City on Friday night when Lauderdale and opening act Abraham, of Shreveport, Louisiana, take the stage. Both bands are influenced heavily by the music created during the past five decades in the legendary FAME and Muscle Shoals Sound Studios. Both recording studios have been in operation in Muscle Shoals since the 1960s, and are famous for classic recordings featuring Duane Allman, Eric Clapton, Aretha Franklin, and Lynyrd Skynyrd (who helped cement the area into the nation’s musical conscience in 1974 with its lyric from “Sweet Home Alabama” — “In Muscle Shoals they’ve got the Swampers”).

Some of the best known songs by Sixties’ artists such as Percy Sledge (“When a Man Loves a Woman”), James and Bobby Perry (“I’m Your Puppet”), Wilson Pickett (“Mustang Sally”), and Clarence Carter (“Slip Away”) were recorded in Muscle Shoals, many of them with “Swamper” David Hood on bass. Hood’s son, Patterson, went on to found the Drive-by Truckers, a band which helped spawn the career of Jason Isbell, who has been the most popular performer at Summit City since the venue opened in August 2007. It is from the music of Isbell, the Drive-by Truckers and other modern-day acts from the Shoals area that Lauderdale and Abraham get much of their influence. 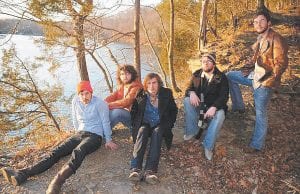 Abraham of Shreveport, La., will open for Lauderdale on Friday night.

Lauderdale formed shortly after New Year’s Eve in 2005 and has also been compared to many their other influences, including the Jayhawks, Lucero, R.E.M., and Grant Lee Buffalo.

“They are musicians who create music for dancing, driving, drinking and dreaming. Their music can’t be pigeonholed or categorized. It is resonant, complex and simply beautiful,” said a review in Bliss Magazine. 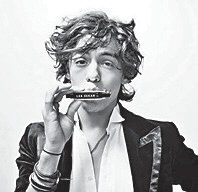 Abraham was founded in Shreveport, La., but recorded its first album at FAME Studios in Muscle Shoals, where singer Dylan LeBlance had been living on and off for the past few years. The band, which counts as its influences “mountains, sunsets, vinyl, whiskey, cold, coffee, cigarettes, and life,” also features guitarist Logan Hall; Mus Gillum on keyboards and steel guitar; Jeremy Gibson on bass and vocals, and Michael Donner on drums.

Lauderdale can be heard online by visiting www.myspace.com/ lauderdalemusic.

Admission for Lauderdale and Abraham, set to begin at 9 p.m., is $5.

Summit City’s three nights’ of music opens on Thursday with a performance by folk musician Mitch Barrett of Berea, Ky. Barrett was introduced to the music he plays first by his grandparents but now draws inspiration from artists such as John Prine, Ray Charles, and Emmy Lou Harris. Admission to his performance, set to begin at 8 p.m., is also $5.

Ending the week of music is the always crowdpleasing Chris Janson, who is scheduled to return to the Summit City stage on Saturday at 8:30 p.m.

A line from one of Janson’s songs says a lot about his style: “What’s wrong with rockers driving pick-ups — Johnny Cash was wearing black before Sid Vicious.” That ability to blend two seemingly opposite worlds is at the heart of Janson’s unique sound, which combines rockabilly blues with hard rock themes and a driving guitar.

Born in Perryville, Missouri, Janson started playing guitar at age 10 when his grandfather taught him three chords. The first song he mastered was “Keep Your Hands to Yourself” by the Georgia Satellites, and he began performing in bars just a year later. After moving to Nashville, Janson landed a job at Tootsies Orchid Lounge, where he performed seven days a week, four shows a day for a year. He soon became noticed by movie director Jonathan Demme, who offered him a small part in the film “Heart of Gold” with Neil Young.

A gifted songwriter, Janson has written with Rodney Crowell, and former Guns ‘N’ Roses member Duff McKagan among others. Since 2005, he has toured with such stars as Lynyrd Skynyrd, Hank Williams Jr., Shooter Jennings, and Sugarland. He has shared the stage with Crowell, Williams, Velvet Revolver, Emmylou Harris, Trace Adkins, and Lonestar.

Janson’s music can be previewed on the Web at www.myspace.com/ chrisjanson. Admission for his performance is $10. All three nights of music are open to all ages.