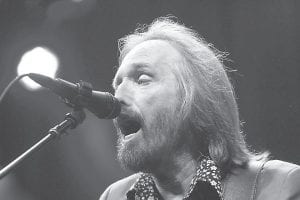 Tom Petty performed on Day 4 of the 2013 Bonnaroo Music and Arts Festival in Manchester, Tenn. His performance ended another successful festival. (AP Photo)

Bonnaroo, the four-day music and arts festival held annually in Manchester, Tenn., lived up to its reputation again this year as a pillar in American outdoor music festivals. The term, originating in New Orleans and popularized by New Orleans native and music legend Dr. John, means “a really good time.”

Bonnaroo has managed to fulfill its promise of a good time since its inaugural year in 2002. It is now a Mecca among music fans of all ages and genre preferences. This year was no different, as rock heavy hitters Paul McCartney and Tom Petty were two of the many headliners appearing on the farm June 13-16.

This festival not only attracts music fans but also lovers of all forms of art and entertainment. For the music fans the farm is home to music tents cleverly named This Tent, That Tent, and The Other Tent, two main music stages (Which Stage and What Stage), other smaller stages (Sonic Stage, Café Where and New Music On Tap Lounge) and Bonnaroo’s beloved Silent Disco. The festival also hosts a comedy and cinema tent that not only provides laughs from well-known comedians like Bob Saget and Daniel Tosh, but also offers an air-conditioned haven from the smoldering heat.

Though the day was crammed with great acts, one of the night’s prime shows was provided by Cincinnati’s very own Walk the Moon. Playing an hour-long set at “The Other Tent,” the four-piece band performed 10 songs including their alt rock hits “Anna Sun” and “Tightrope.” The band also reappeared on a small stage on Saturday under the name Kaleidoscope Space Tribe to play a 30-minute set of songs by The Talking Heads, including “Burning Down the House” and “Psycho Killer.”

The second day of Bonnaroo, Friday, June 14, marked the opening of the two main stages, which housed evening acts like alt rock chart climbers Passion Pit, the Icelandic indie folk group Of Monsters And Men, and the Americana rock band Wilco. The day also featured acts such as Maps and Atlases, Foals, and Jim James of My Morning Jacket. Even though these great acts caused excitement during the day, the festival attendees couldn’t help but shift their thoughts to the legendary artist preparing to hit the stage later that night.

Storming the What stage with a 2-1/2-hour set (that would eventually go over time, without opposition) was the British invader himself, Sir Paul McCartney. Starting his set with The Beatles hit “Eight Days A Week,” the legend soon warmed up to the crowd — and the Tennessee heat — by taking off his jacket and announcing, “This is so cool, I’m going to take a moment to drink it all in myself!”

While moving back and forth from piano to guitar (many of which were older than the majority of the crowd) fans easily forgot the knight’s age, but were reminded several times when he took moments to reminisce and tell stories of memories with fellow legends Jimi Hendrix, Eric Clapton and his former band mates in The Beatles (two of whom he played tributes for). The show included songs from his Wings career — “Let Me Roll it” and “Band on The Run” — as well as his solo hits “My Valentine” and “Another Day.” But the crowd favorites were songs from his days as a Beatle, including “Eleanor Rigby”, “Blackbird” and “Helter Skelter.” Playing an impressive 36-song set that included multiple encores, a breathtaking fireworks show and an awe-inspiring united sing along to “Hey Jude,” McCartney showed that his music is and will always be relevant.

Among the following day’s acts were experienced rapper Nas, Brooklyn alt rockers Matt and Kim, uncommon Icelandic songstress Bjork, and widely popular folk rockers The Lumineers. The most recent act to be announced for Saturday’s lineup was Jack Johnson, who a mere two days before was chosen to replace the previously scheduled headliners, Mumford and Sons, who were forced to cancel after bass player Ted Dwayne underwent a serious brain surgery.

As news of Johnson’s newly announced set spread through the festival grounds, excitement seemed to follow. Johnson, a three year Bonnaroo veteran, made his first Bonnaroo appearance in the festival’s inaugural year, 2002. Johnson’s set was very well received by all festival goers on Saturday as he even played a cover of the Mumford and Sons song, “The Cave.”

Though music of all types had been blaring through the festival’s stage and tent speakers for well over 10 hours by the time Johnson finished his set, the night was still young. With concerts scheduled for five more hours, the night’s shows would eventually lead into Sunday morning. Among those playing these after-hour sets were “Weird Al” Yankovic, classic rocker Billy Idol, Bonnaroo favorite R. Kelly, and the theatrical stage show provided by electro-pop duo Empire of the Sun. Also taking place Saturday night was Bonnaroo’s signature “Super Jam.” This year’s jam included John Oates and My Morning Jacket front man Jim James, as well as appearances by performers fresh off their own sets such as Jack Johnson, Billy Idol and R. Kelly and a couple of surprise arrivals including Brittany Howard, the soulful belter of The Alabama Shakes. Playing on one stage at the same time, this jam was a once in a lifetime opportunity and beautifully displayed Bonnaroo’s immense diversity.

The festival’s final day, Sunday, featured several great acts including Drew Holcomb, Delta Rae, JEFF The Brotherhood, and Macklemore & Ryan Lewis. The American band Edward Sharpe and the Magnetic Zeros played the Which Stage. Playing an hour and fifteen minute set, the group preformed a solid set including their hit songs “Man on Fire” and “Forty Day Dream.” The most remarkable part of the set came during their final song “Home.”

During the middle of this tune, lead singers Alex Ebert and Jade Castrinos jumped off the stage and into the crowd for what they called “story time.” The two then held their microphones up to crowd members and let them tell stories, many of which described the impact the group’s music has had on the audience member. After many stories were shared, Ebert announced there was only time for one more, and with that a young man took the microphone and began to share.

Beginning his story with “I don’t know if you remember me or not,” the crowd member told the story of how he was in a Columbus hospital a year ago with leukemia and the band visited him. As soon as these words were shared, Ebert’s recognition of the young man reflected on his face as he embraced the acquaintance. Ebert then arranged for the storyteller to accompany him back onstage, where he finished his story by saying that soon after the band left he received a lifesaving transplant. He then thanked the band for giving him hope. After this heartwarming tale, the group finished the song, letting the cancer survivor supply the singing.

As acts such as former Talking Head leader David Byrne & St. Vincent, Ed Helms Bluegrass Situation, and A$AP ROCKY prepared to close down the tents and smaller stage for the festival, a massive crowd started to form around the main “What Stage” in preparation for the final act of the festival, Tom Petty and The Heartbreakers.

Petty started his twohour set strong by playing the familiar hit “I Won’t Back Down.” Petty then acknowledged the crowd by saying, “I predict that we are going to have an incredible night tonight.” The crowd roared with enthusiasm as he continued through his set with songs “Mary Jane’s Last Dance,” “Free Fallin’” and “Learning to Fly.” Petty and the Heartbreakers finished their 19-song set and returned for a three-song encore. Before playing the final song of not only the night but this year’s festival, Petty said, “We’re going to leave you where it all started.” With that the band played “American Girl.”

Through the ent i re song the crowd sang every word and finished with an approving ear-bursting scream. With a slight nod of the head, Petty hoisted his guitar up as he joined his band for a bow before leaving the stage and marking the end of the festival that once again lived up to the theme it has so proudly upheld for 12 years — “a really good time.”