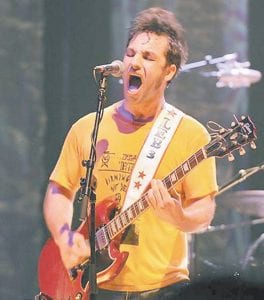 Lee Bains III’s music has been described by Rolling Stone magazine as “a second coming of Creedence.” (Photo by Chris McKay/WireImage.)

Birmingham, Alabama-based rock band Lee Bains III and the Glory Fires are back on the road in support of their forthcoming second record, Dereconstructed, and will appear later this week at Summit City in Whitesburg.

When Bains takes the stage at Summit City on Thursday night, it will mark yet another opportunity for local and regional music fans to see a band that is rapidly achieving national and worldwide attention.

Dereconstructed, scheduled for release May 27, is the band’s debut for the Sub Pop Records label, which achieved fame in the 1980s for being the first to sign bands such as Nirvana and Soundgarden. The label, based in Seattle, is now the home of modern acts such as The Shins, Beach House, and Fleet Foxes.

After they appear in Whitesburg Thursday night, Lee Bains III and the Glory Fires will travel to Washington, D.C., for the first of what will be a long run as the opening act for the Alabama Shakes. After two nights at the 9:30 Club in D.C., the two bands will drive south to Asheville, N.C., for sold-out appearances at The Orange Peel next Monday and Tuesday (April 28-29). 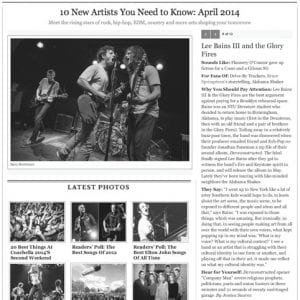 Guitar World has described Bains and the Glory Fires as the “intersection between garage rock, soul, country and punk.” Bains first achieved national acclaim as a member of The Dexateens, another Alabama- based band. In addition to Bains, The Dexateens also featured bassist Matt Patton, who is now a full-time member of the Drive-By Truckers.