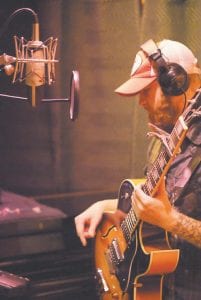 Doc Dailey will lead his band, Magnolia Devil of Muscle Shoals, Ala., in a concert appearance at Summit City on Friday, Nov. 20. Admission is only $3 at the door. Opening the show will be Matt Woods of Knoxville, Tenn.

An acoustic performance by Greenville, S.C., singer-songwriter Alexa Woodward will bring her brand of “urban folk” music to Whitesburg on Thursday night to kick off three straight nights of live music at Summit City.

“It was a long hot night,” she says on MySpace. 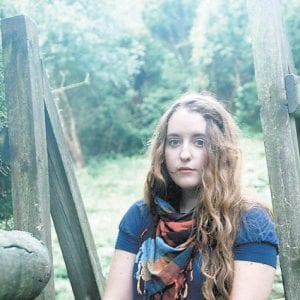 Singer-songwriter Alexa Woodward hails from Greenville, S.C., and burst onto the music scene when she was among the finalists of a prestigious New York City songwriting contest. She will perform with Elam Blackman at Summit City in Whitesburg on Thursday. Admission is $5.

Recently, Ellenore Scott, a contestant on Fox Broadcasting’s “So You Think You Can Dance,” danced to Woodward’s song “Eleanor” on the show.

Jezebel music says of Woodward, “Armed with a banjo (that at times comes across more like a harp), a full, animated voice, instantly memorable lyrics and simply excellent songwriting, Alexa Woodward does it well. Each of Alexa’s songs is structured and unfolds as if spirited by an old soul, like a lost undiscovered classic.”

Woodward’s appearance at Summit City is scheduled to begin at 8:30 p.m. Admission is $5. Also performing will be folk musician Elam Blackman.

The bargain of the week promises to be Friday’s performance by Doc Dailey and Magnolia Devil, a band coming to Whitesburg from the same musical hotbed in Northern Alabama from which Jason Isbell & the 400 Unit, Lauderdale and Sons of Roswell came to Letcher County to perform wellreceived shows.

Admission to Doc Dailey and Magnolia Devil is only $3. Opening the show, set to begin at 9 p.m., is Matt Woods of Knoxville, Tenn.

Dailey has been performing to glowing reviews for 10 years. The first full-length album from Dailey and Magnolia Devil is scheduled for release in early 2010.

On Saturday night at 9 p.m., Pikeville’s Crosscut will perform its brand of Southern rock and new country. The band is comprised of male vocalist Lance Damron, female vocalist Charli Creech, bassist Ricky Damron, and drummer T.W. Damron. Admission is $5 at the door.