Alltech should be praised for coming to eastern Kentucky 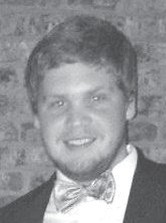 In 2011, I left home with the notion that one day I could live in the mountains and enjoy everything that makes eastern Kentucky unique — without sacrificing my passion for agriculture. It seemed like a stretch, considering that outside of the confines of the extension and conservation offices the number of agricultural jobs in Letcher County could be counted on one hand.

Three years after I enrolled at the University of Kentucky College of Agriculture, one of the world’s foremost agricultural companies has finally noticed the potential in Appalachian agriculture.

Alltech’s decision to bring aquaculture and poultry farms and a distillery to Pikeville is extremely exciting for me and many other agriculturalists in the mountains. Seven billion mouths need to be fed on this big, old world and it just makes sense to use America’s hardest working citizens to get the job done.

Ah, but there is a catch, according to a recent column by Lexington Herald-Leader contributing columnist Larry Webster. Alltech’s plans, the Pikeville attorney seemed to say, are not to provide a better life for our area’s unemployed citizens.

Webster wants us to believe that those corporate fat-cats plan to profit from a miniscule amount of workers while giving back nothing but the odor of chicken and fish manure to the citizens of Pike County.

While conducting on-farm assessments on behalf of Dow Agrosciences this summer, I smelled a few dairy farms during my travels across the Midwest. A barn full of Holstein cattle sure doesn’t smell like roses, however I believe Webster’s claims of fish and poultry odor are a bit exaggerated.

A stinky barn is a small price to pay to keep our people fed and employed. Some of these operations are located near homes and businesses without complaint. If Alltech builds its operations on remote sites, the odor will be smelled only by the well-paid employees required by law to keep the plants compliant with U.S. Department of Agriculture sanitary standards.

How many jobs are enough to justify a new business?

While the poultry unit may only provide 15 jobs, the distillery and aquaculture farm will provide more. After we show them what good farmers we Appalachian folks make, I predict that all agricultural companies will be chomping at the bit to set up shop in America’s new agricultural frontier.

Let’s not muddy the water with false prophecies of a stinky town and few jobs for a couple of laughs. We need to welcome every possible economic venture that we can in the mountains as long as it does not compete with other jobs and does not force us to sacrifice our morals and way of life. Very few lifestyles are more noble than that of a farmer or a coal miner, and the two will never compete with one another. Food and electricity will always be welcomed by the international consumer.

In the words of the legendary agricultural broadcaster Orion Samuelson, “If you eat, you’re involved in agriculture.” Let’s make some money off of products that everyone must buy.

We are in the early stages of an “agri-lachian” revolution, There are gardens in every holler and chickens on every hill and farmers markets are thriving. Local growers gather by the dozens at community centers for workshops and seminars held by Grow Appalachia and the Community Farm Alliance.

We will never have the expansive cornfields of Iowa or the massive cattle ranches of Texas, but we have a resource that will make up for our lack of flat land — our hardworking, passionate Appalachian citizens. Thank you, Alltech, for investing in us.

The writer is the son of Mitch Whitaker of Roxana and a grandson of Sybil Whitaker of Whitesburg. This column originally appeared in the August 18 edition of the Lexington Herald-Leader. Whitaker is a senior agricultural economics major at the University of Kentucky, where he is also president of the UK chapter of Alpha Gamma Rho agricultural fraternity.