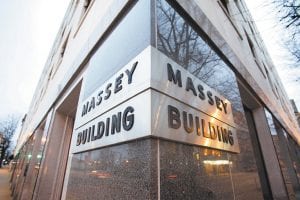 Combined, the pair should produce 27 million tons a year of higher-priced metallurgical coal by 2013 and start adding to profits next year, Kevin Crutchfield said during a conference call with analysts.

“We’ll become a true global leader. We’ll be a leading supplier of metallurgical coal globally and in the U. S.,” Crutchfield said, adding that Alpha, which does business in Letcher County as Enterprise Mining, would have among the world’s largest and highest-quality reserves of coal used in making steel.

Demand has pushed up U.S. coal exports nearly 47 percent to 60.8 million tons through the first nine months of the year. The biggest growth occurred to fastgrowing Asian companies. While government figures don’t break down exports by type of coal, metallurgical coal tends to account for the bulk of U.S. exports, which come almost entirely from eastern mines.

“We continue to believe that the world is going to experience a persistent structural undersupply of high quality metallurgical coal,” Crutchfield told The Associated Press.

Crutchfield doesn’t think the deal will run into antitrust hurdles. And he hinted that Massey’s legal matters from an April mine explosion that killed 29 workers could be resolved soon.

The combined company would have sales of about 131 million tons annually and control about 29 percent of the U.S. supply of metallurgical coal.

Alpha is offering 1.025 shares of its stock for each share of Massey, plus $10 per share in cash. Together, that represents a bid of $69.33 per share, a 21 percent premium over Massey’s closing share price Friday.

“Our goal was to win, not win at any price, but win at a valuation that we thought could make sense for both sets of shareholders,” Crutchfield said.

Moody’s Investors Service said it was reviewing Alpha’s debt ratings for a possible downgrade. Alpha expects to have $2.9 billion in debt on its balance sheet if the deal goes through.

The combined company would be run by Crutchfield and his top deputies. Massey’s board would be eliminated. Alpha also would replace Massey’s much-maligned safety program with its own approach.

Massey’s safety record has been questioned for years and has faced renewed skepticism following the explosion that killed 29 miners at its Upper Big Branch mine in April. The disaster is the deadliest at a U.S. coal mine since 1970 and the target of civil and criminal investigations.

Massey has struggled with heavy losses since the blast and last fall decided to seek a buyer.

Crutchfield indicated that Alpha intends to resolve the matter quickly. Discussions with regulators started as soon as the deal was announced, he said.

“It was a tragic event and our heart continues to go out to the families and all those affected by that,” Crutchfield said. “What we would hope is for resolution of the matter in the foreseeable future.”

United Mine Workers President Cecil Roberts praised Alpha for “erasing the Massey name” from the industry. The UMW represents about 1,500 workers at Alpha and far fewer at Massey.

“Massey had come to represent all that was wrong with the coal industry, whether it be safety and health issues, environmental issues or simple respect for its workers, their families and the communities where they live,” Roberts said in a statement. “While by no means perfect, Alpha’s overall safety record is better than Massey’s.”

Massey’s board unanimously favored the offer over a management proposal that would have allowed the company to remain independent, Massey Chief Executive Baxter Phillips said. Massey investors would own 46 percent of the combined company.

“The board’s decision was to take the bird in hand,” Phillips said.

The deal requires approval from shareholders and the Federal Trade Commission, which will review it for antitrust concerns.

“Customers have lots of choices, lots of options, so we feel very good about the FTC process and would expect to start moving forward on that imminently,” Crutchfield said.