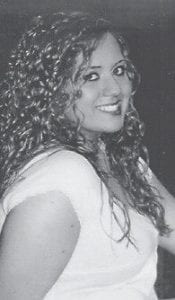 Amber Lashae Watts is the winner of the fall 2009 Meryl Brown Rotary Scholarship. She is a daughter of Robert and Sharon Watts of Whitesburg and attends the University of Kentucky, majoring in accounting. After graduation, she plans to attain a master’s degree in accounting at UK, and then a certified public accountant’s license.

Watts was graduated from Letcher County Central High School in 2008, ranking second in her class, and was one of five valedictorians with a 4.37 grade point average. While in high school, she was vice president of the Student Government Association and Interact Club treasurer, and a member of the Drama Club, BETA Club, Pep Club, and softball team.