An impressive (2nd) comeback by Britney 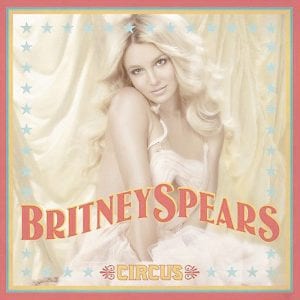 “Circus” is the latest CD for Britney Spears. (Jive Records)

It was only last year that our damaged diva attempted to put the focus back on her once spectacular music career with “Blackout.” A tight collection of sexy club-oriented grooves, “Blackout” was a delight, and had so much hit-worthy material even Janet Jackson could have been resurrected with it.

But “Blackout” never had a chance at success because its star wasn’t as well put together as the album. (It’s hard to generate hits when your personal life is in turmoil.)

Now Spears — while still very different from her previous superstar incarnation, circa 1998- 2003 — seems on the road to recovery, thanks to court-appointed guidance from her dad and other positive developments. She seems ready for a rebirth, so it’s fitting that “Circus” — her sixth studio album — makes its debut as she celebrates her 27th birthday.

And like any good circus, Britney’s version will leave you thoroughly entertained. Though “Blackout” was a gem, it seemed like the album was mainly due to the creative and technological wizardry of its producers, with minimal vocal effort from Spears. This time around, her pleasant yet thin voice comes through more clearly, not aided by as many layers and studio manipulations. She is also credited with co-writing two tracks.

Spears spends much of her energy trying to get people in the mood to groove, and it works on fun disco tracks like “Womanizer,” ”Shattered Glass” and the cleverly titled “If U Seek Amy” (say it fast and you might need your mouth washed out with soap). She teams up with former collaborators like Max Martin (who wrote her career-making hit “… Baby One More Time”) and Nate “Danja” Hills, who was responsible for some of the best music on “Blackout.” But newcomers also help out, like the Outsyders (on “Womanizer”).

A few songs hint at the media circus her life has become, including “Kill the Lights,” where Spears takes on the paparazzi.

But she strikes the most personal and emotional chords on the slower tracks, most notably on the dreamy, synth-centric “Unusual You,” on which she coos, “Baby you’re so unusual, didn’t anyone tell you you’re so s’pposed to break my heart, I expect you to, so why haven’t you?” Though she didn’t write the song, it’s hard not to wince in empathy when you think about the string of users who have filtered in and out of her life.

The most poignant track is the ballad “My Baby,” co-written by Spears. On it, she sings to her “precious love.” It’s an ode to one of her sons, with lines like, “How did I get through all of my days without you?” Considering she doesn’t have full custody of her two boys and is trying to strengthen her parental bond after a period of turmoil, it’s especially touching — so much so that we can forgive the song for being just a little bit sugary. After all her recent drama, Spears deserves something sweet in her life.

CHECK THIS TRACK OUT: Acknowledging that many fans probably didn’t hear her best work on “Blackout,” Spears includes “Radar,” one of the standout tracks from that CD — as a bonus track on “Circus.” She should have included the whole CD and done a double disc.