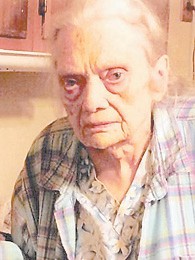 Born in Letcher County, she was the daughter of the late Buster Sidney and Linda Elvira Mullins Hensley.

She was preceded in death by her husband of 47 years, Doug Sexton, and three brothers, James Hensley, William Hensley and John David Hensley.

Funeral services were held August 5 at Letcher Funeral Home. Burial was in the American Legion Cemetery.