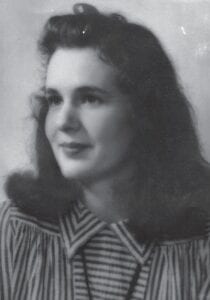 A daughter of the late William and Hassie Mitchell Goodman, she was the widow of William W. Wright.

Funeral services for Mrs. Wright were held April 16 at Letcher Funeral Home in Whitesburg. Burial was in Green Acres Cemetery at Ermine.

In lieu of flowers donations are suggested to your local Humane Society, Animal Shelter, or the Salvation Army.