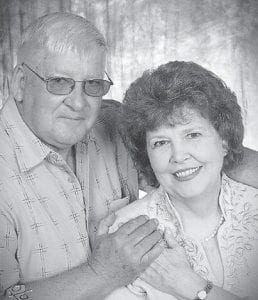 Charles and Jackie Wright celebrated their 40th wedding anniversary on May 10 at their home in Pikeville. They were married May 10, 1969 in West Carrollton, Ohio in a small ceremony with family and friends. The couple have two children, Tracy Syck of Pikeville and Tessa Mulkey and husband Brian of Harold. They also have four grandchildren, Megan Syck, Devin Syck, Aaron Mulkey, and Lucas Mulkey. She is the daughter of Viola “Buggie” Adams of Isom and the late Earl Adams. He is the son of the late William and Nora Wright of West Liberty.