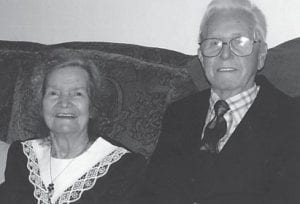 — Jacqueline and Orlando Collins of Payne Gap, will celebrate their 67th wedding anniversary on Dec. 14 at their home with their children, grandchildren and greatgrandchildren. They were married on Dec. 24, 1945 in Neon. He had just returned to the states after proudly serving his country in the U.S. Army during World War II. He was stationed in the South Pacific with the 37th Infantry Division. The couple have nine children, who now reside in various states but always try to come home for Christmas in Kentucky.