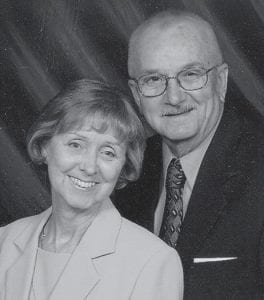 ANNIVERSARY – Lenville and Betty Jones were married 50 years on June 28. They were married by the Rev. Clell Rodgers in Whitesburg. They celebrated their anniversary with a cruise to the Bahamas in May and a vacation at Wild Dunes Resort on Isle of Palms, S.C., in June. The couple have a daughter, Sherry Bishop, and a granddaughter, Bronwyn, of Springfield, Ohio, where they also reside. He is the son of the late Troy and Amanda Jones of McRoberts. She is the daughter of the late Joe and Bea Pratt of Craft’s Colly and was employed by The Mountain Eagle in the 1960s. He is retired from Cascade Corp. and Honda of America. She is retired from Guarantee Insurance Agency.